If you’ve turned on your television in the last two months, chances are you’ve seen one of the thousands of political commercials run this election season. In fact, as widely reported, Pennsylvania’s Senate race is the most expensive race in the country with spending reaching over $100 million. Even Senator Toomey recently remarked, “it’s getting hard to watch TV.” And that’s no surprise given the nefarious Koch Brothers spending on his behalf (and with a 100% Koch approved voting record, one can see why).

The Koch Brothers spending has become an unfortunate part of our elections in recent history with millions in ads popping up every two years during the fall. This comes in the form of commercials highlighting their extreme agenda. Since the Citizens United decision, they have released an unprecedented amount of money in our democracy pledging to spend just under $1 billion leading up to our current election cycle. While the commercials are an obvious example of this, they have also discussed building state based infrastructure to support their extreme agenda.

Pennsylvania, meet the Commonwealth Foundation. The Commonwealth Foundation bill themselves as a non-partisan “free market” think tank. In reality, they are a political operation pushing an extreme agenda solely designed to eliminate labor unions. They do this by providing the intellectual arguments to extreme right wing politicians. While they often get reported on as a think tank, they are anything but. To demonstrate this, PA Spotlight has mapped out the connections between the Koch Brothers and their Pennsylvania network inserting extremism into the debate. 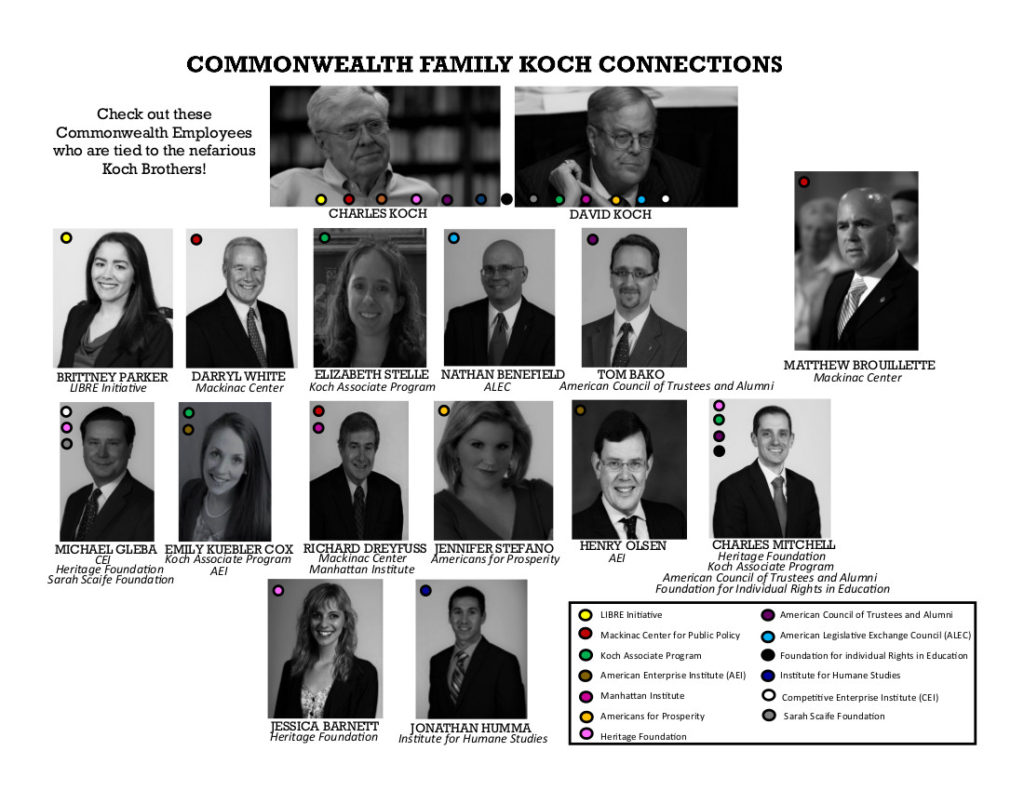