“There’s one problem with [Wagner chairing the Senate Local Government Committee]: Wagner has a second job as president and owner of Penn Waste, a trash collection and recycling company that contracts with more than 60 municipalities in southcentral Pennsylvania, many of them in York County.

“And now he’s going to have a major hand in any state legislation that deals with those municipalities.

“We’re not saying that Wagner will use his new position to aid his business, but the potential for a conflict of interest is there.

“Pennsylvania Spotlight, a nonprofit dedicated to looking out for and educating middle-class Pennsylvanians about special interest groups, pointed out that Wagner will be dealing on a legislative level with the very municipalities with which Penn Waste has contracts.

“‘That’s precisely why we’re concerned that Wagner cannot possibly be impartial as to which bills get considered by this committee. After all, local governments throughout Pennsylvania constitute his firm’s current — and potentially future — clients,’ Eric Rosso, executive director of Pennsylvania Spotlight, wrote in a news release. ‘We sincerely hope that Sen. Wagner is not seeking to use this new power perch to further his business ventures.'” 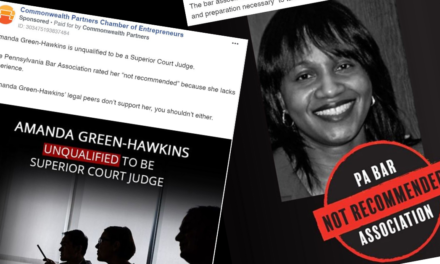