Recently, it was reported that Wilkes-Barre city officials were thinking about privatizing their trash collection services. In the midst of contract negotiations with Teamsters Local 401, they took bids from private contractors. They did this despite it being unclear if privatization would have their desired effect of any cost savings because the Teamsters local are also in charge of services like pothole repair and snow removal. Never mind the blatant contract negotiation leverage they were likely seeking. 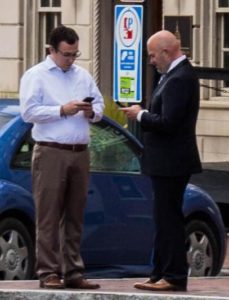 Interestingly, a Koch-funded non-profit called the Heartland Institute picked up the story and ran a blog on it where they quoted Pennsylvania’s the Commonwealth Foundation, another Koch-funded non-profit. Both of these organizations are part the State Policy Network family, a collection of corporate front groups who masquerade as non-profits so their billionaire funders can get tax write-offs.

This is a tactic often used by State Policy Network affiliates to generate content and create the illusion that there is a larger desire for privatization and union busting than in actuality. The Commonwealth Foundation’s Elizabeth Stelle was quoted advocating for the switch.

While not unique, what makes this is all the more interesting is current Pennsylvania gubernatorial candidate Senator Scott Wagner runs Penn Waste, a trash collection company that operates in south-central Pennsylvania.

Wagner, who has millions of his own dollars that he’s thrown at anti-union causes, has been a champion of the poor-shaming policies and privatization schemes the Commonwealth Foundation has baked up and promoted in Pennsylvania. This did not go unnoticed by Matt Brouillette who, despite not being open to the public, attended Wagner’s campaign kick-off event.

The Commonwealth Partners has been fairly quiet, but a peek into what they are doing was disclosed in a recent column. They will be raising money for “pro-business” candidates. Of course, with the Commonwealth Partners registered as a 501c(6), Wagner’s millions is the type of money that will be needed to pay the $200,000 salary Brouillette has made at these organizations.

With the Commonwealth Foundation calling for privatized trash services and Brouillette raising money for candidates and appearing at Wagner’s campaign kick-off, all this reeks of the type of influence and political insider peddling that both of these snake oil salesman pretend to be against. It also, as is common with both Brouillette and Wagner, is ethically questionable and may cross the line into something even more nefarious.