“The Freedom Foundation is a billionaire-funded front group trying and failing to destroy labor unions. Much like Pennsylvania’s Commonwealth Foundation, they are simply not a credible organization to workers and their efforts to get workers to drop their unions have largely failed in their other states. Pennsylvania will be no different.

The Freedom Foundation’s embarrassing debut in Pennsylvania – asking PA Spotlight via Twitter to investigate a police department – is a harbinger of things to come. In Washington State, not only are they known for their ties to white supremacists and anti-LGBTQ organizations, but they’ve also been named as repeat offenders of campaign finance laws by the state’s Attorney General. We expect no shortage of the same dirty tactics in Pennsylvania that are drawing legal scrutiny in the Northwest.

With at least five different branded front groups connected to the Commonwealth Foundation operating in Pennsylvania, one wonders how they must feel about the Freedom Foundation encroaching on their turf. Recently, Bureau of Labor Statistics data has shown union membership in California, Oregon and Washington, where the Freedom Foundation was previously focused, has seen an increase over the past three years.” 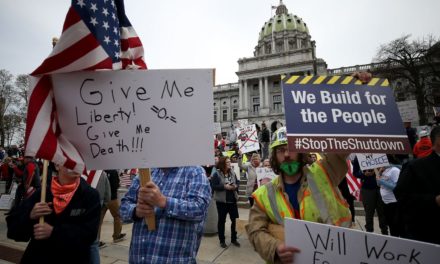