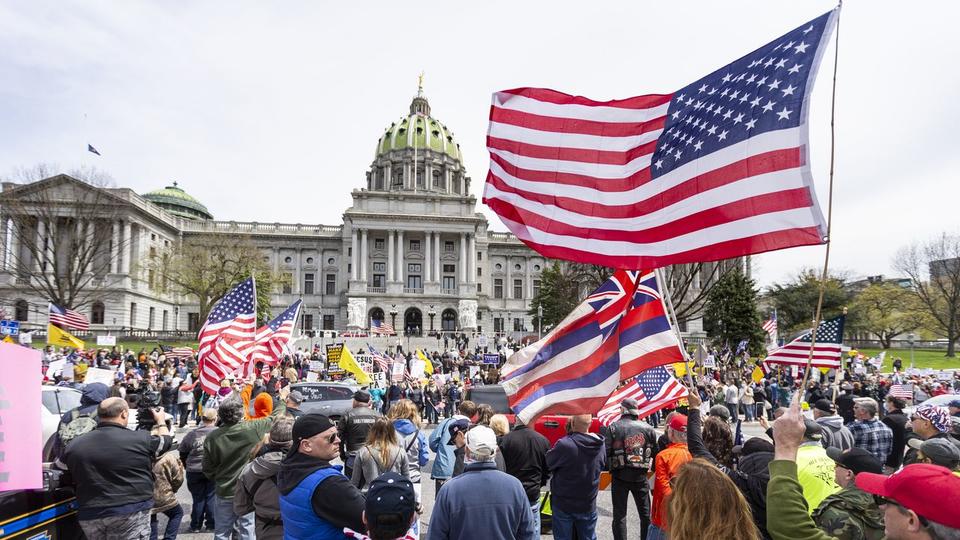 Dark money groups connected to Betsy DeVos and former Commonwealth Foundation CEO Matt Brouillette are funding legislators who have thrown themselves at the forefront of the bigoted, far-right, astroturfed movements that sprang up during the coronavirus pandemic. Brouillette’s two political action committees – the Commonwealth Leaders Fund and the Commonwealth Children’s Choice Fund – have donated $313,535 to three proponents who have made bigoted remarks.

No one should be surprised. Just two months ago, Brouillette went to great lengths mocking workers who couldn’t access PPEs by posting a selfie of himself wearing a women’s menstrual pad to his face. A month after video, he was caught using the Commonwealth Foundation offices as a safe space for Reopen Pennsylvania organizers and speakers. He accused Governor Tom Wolf of “juicing” the state’s coronavirus death toll to make the fringe protesters look bad.

Senator Doug Mastriano has been the chief legislator stoking far-right protesters to reopen the state during the pandemic. He is no stranger to conspiracy theories or making bigoted statements. While running for the Senate in a special election, the Senator shared Islamophobic memes about the fire at the Notre Dame Cathedral in Paris. More recently, Senator Mastriano has made transphobic statements that purposely misgenders the Department of Health Secretary Dr. Rachel Levine. At a recent rally, he spoke as transphobic chants at Secretary Levine broke out.

Representative Cris Dush is another far-right legislator who is no stranger to controversy. Representative Dush, who is currently running for the Pennsylvania Senate, was the elected official spearheading the charge to impeach members of the Pennsylvania Supreme Court over a court decision he and his colleagues did not approve. At a committee hearing at the beginning of May, he compared Governor Tom Wolf and his administration to Nazis over the Governor’s stay-at-home orders.