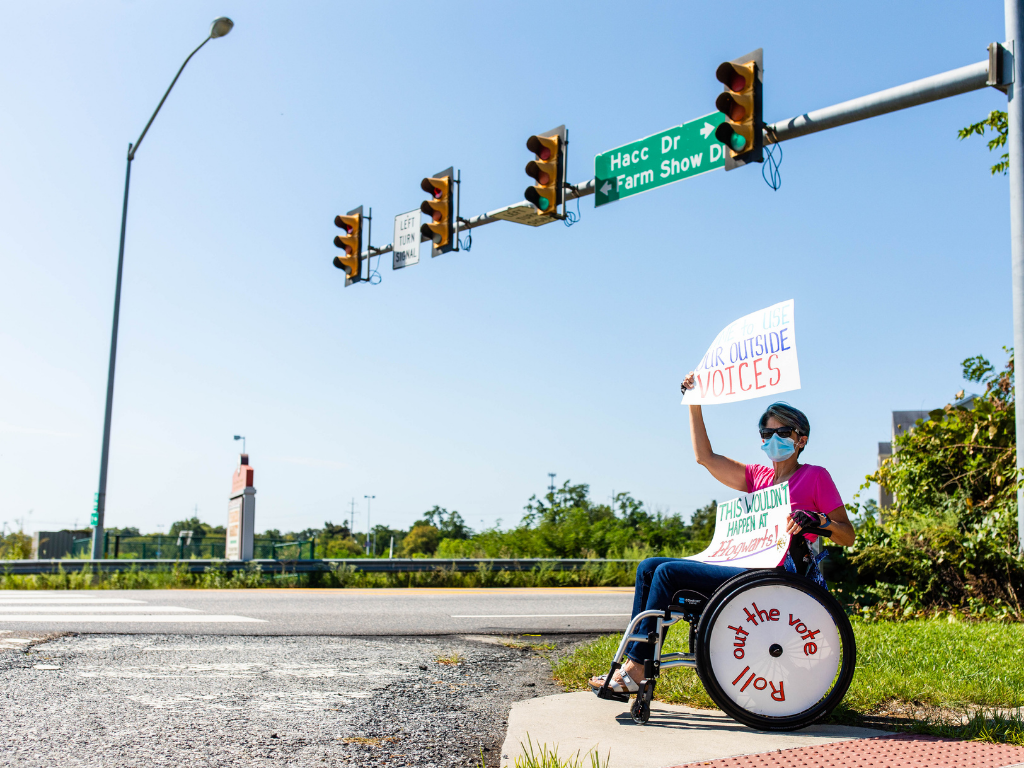 Tuesday, October 19th, marked 300 days since full-time and adjunct professors at the Harrisburg Area Community College filed paperwork to form a union with the Pennsylvania State Education Association. HACC is the only community college in Pennsylvania without union representation and the president of the school, Dr. John “Ski” Sygielski (Dr. Ski) is doing everything he can to stop a union vote from happening.

The card signing campaign at Harrisburg Area Community College started in January 2020, days before the HACC faculty voted “no confidence” in Dr. Ski’s performance, but the school’s trustees granted him a contract extension through 2023. Then on December 24, 2020, PSEA filed their paperwork for a union election.

During the card signing campaign and after the petition was filed for an election, Harrisburg Area Community College professors and faculty were met with a slew of anti-union propaganda from HACC’s administration. There were also questionable social media posts by Dr. Ski regarding the vote of no-confidence by faculty members.

In the weeks after the beginning of the card signing campaign, Dr. Ski posted a meme from the original Star Wars trilogy where Darth Vader lifted up an opposition leader by their neck, breaks it, and throws the body across the room.  The meme read “Strong people don’t put others down. They lift them up. Darth Vader. Philanthropist.”  According to workers close to the campaign, this was taken as an implicit threat by those trying to organize their fellow faculty members.  The post was later removed after faculty members filed an ethicspoint complaint.

Throughout the card-signing process, HACC’s administration and Dr. Ski sent out emails and videos spreading disinformation about the process and potential union election. On January 14, 2020, Aimee Brough, the former Vice President of Human Resources and Organizational Development, sent an email to the staff containing “fast facts” on authorization cards. The document was designed to discourage staff from signing union cards claiming “your signature gives YOUR VOICE away [sic].”

In August 2020, Dr. Ski continued his anti-union campaign. He sent another email to faculty members spreading additional disinformation about the card-collection process with the same talking points HACC’s Human Resources sent months earlier. Dr. Ski ends this email by saying “over the next couple of weeks, we will be sending you information that we hope will show you that you are better off without the union.”

Amy Withrow, a full-time faculty member at HACC, told Pennsylvania Spotlight “HACC faculty deserve the right to vote on unionization,” and that the “administration continues to use every delay tactic possible to prevent that vote in hopes of lowering faculty morale and getting the union organizers, who are already stretched thin due to the pandemic, to quit.”  Amy added, “We are not quitting. We will get the union vote we deserve.”