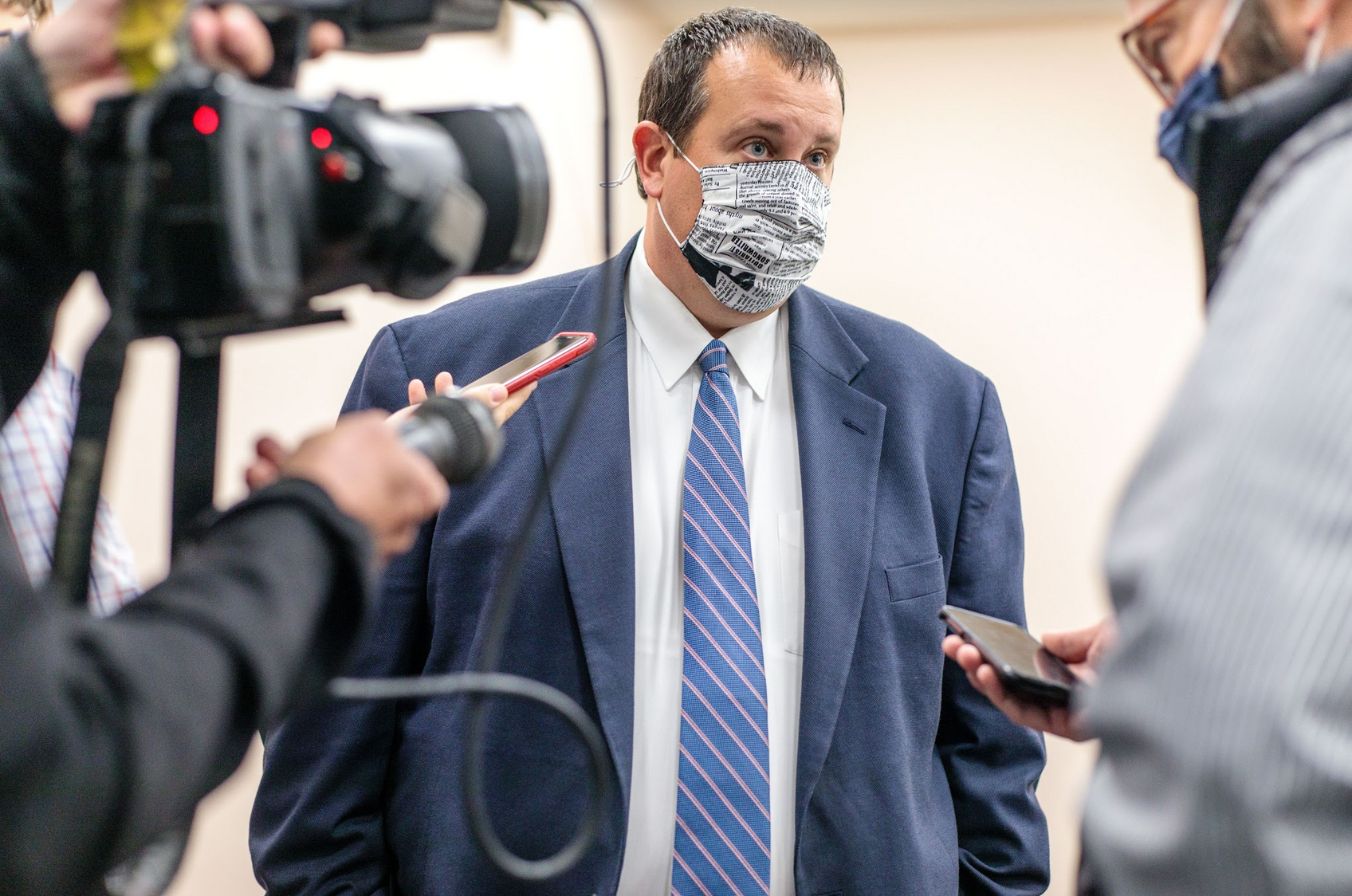 Republican legislators in Pennsylvania have been cited in a string of national articles connecting them to the insurrection on January 6. Legislators who played important roles in spreading lies and conspiracy theories about the 2020 election were rewarded with powerful committee positions and will oversee legislation pertaining to voting rights. Here’s what you need to know about State Representative Seth Grove ahead of Thursday’s hearing:

Grove’s first action as Chair of the House State Government Committee was to schedule 14 hearings questioning the results of the 2020 election. After the election, Grove scheduled a State Government Committee hearing to air conspiracy theories about voting machines. Then, in early December, Grove took part in a secret ALEC process working group focused on redistricting and the 2020 elections.

Grove sits on the Board of Directors for the American Legislative Exchange Council or ALEC. Grove’s efforts to undermine the 2020 election dates back to August 2019 when ALEC CEO Lisa Nelson outlined the creation of a new “process working group” in an email. Nelson told everyone in the email that “the issues we plan to cover include but are not limited to; election law and ballot integrity, campaign finance, electoral college, redistricting and citizen vote questions.”

At the December 2020 meeting, Representative Grove registered to attend; other working group members included state legislators and members from billionaire-backed groups such as the Heritage Foundation, the Public Interest Legal Foundation, and Council for National Policy. Documented stated that two of the working group’s members, Christy McCormick and Don Palmer from the U.S. Election Association Commission, have “participated in groups which have criticized vote-by-mail and have hyped unfounded voter fraud claims.” Two others were members of “Trump’s Presidential Advisory Commission on Election Integrity” in 2018.

Make no mistake about what Grove is doing with these committee hearings. With corporations pledging not to support members of the Pennsylvania legislature, we plan to keep a spotlight on Grove and his continued use of taxpayer money to air baseless election fraud claims.