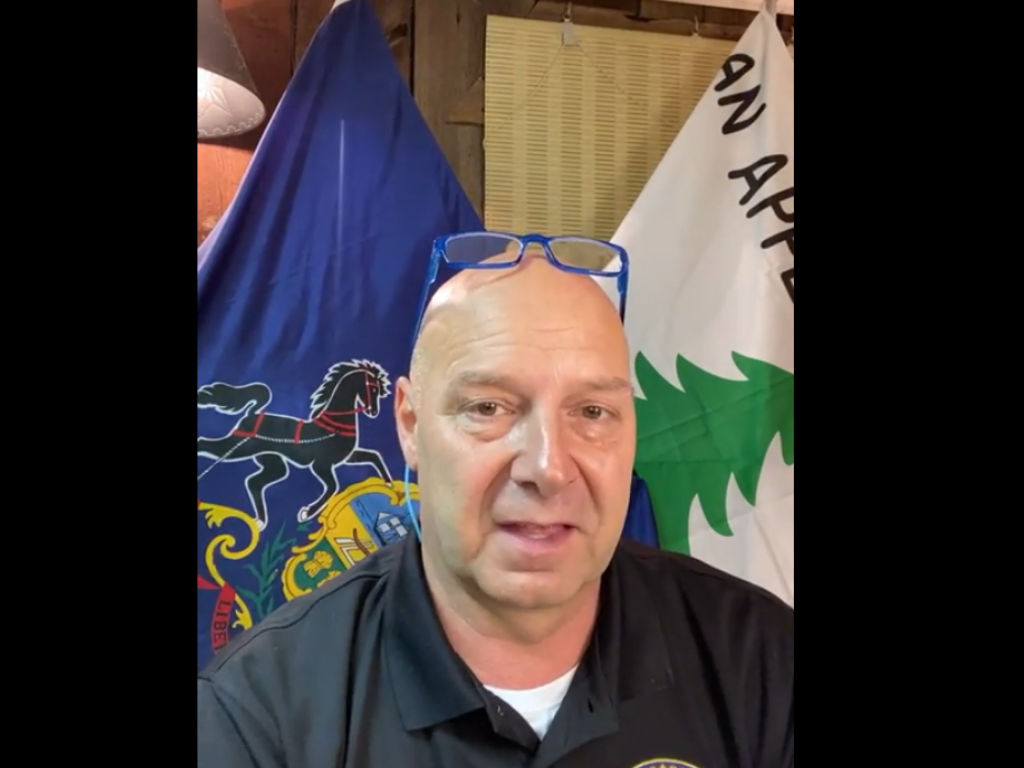 The explosive New Yorker story that broke over the weekend authored by Eliza Griswold caught the attention of the Pennsylvania political world. The story detailed the constellation of extremist elements that have given rise to Senator Doug Mastriano’s political ambitions. It also shed important new details regarding his participation in the events leading up to and during January 6th’s deadly insurrection.

While the contents of this story were breaking news for many, the existence of the story was not to close followers of the senator. Senator Mastriano is a prolific social media poster and can often be found on his Doug Mastriano Fighting For Freedom discussing topics of the day live on Facebook. On a post dated in the evening of Wednesday, April 28th, he went live discussing allergy season, fellow military personnel who allegedly plagiarized his work, and hinted at his recently announced fundraiser with Rudy Giuliani. It was also recently announced Giuliani is under federal investigation.

Towards the end of the 24-minute long post, Senator Mastriano warns his followers that “the hit piece out of New York City I think is going to come this weekend” referencing the New Yorker piece. He said he tersely replied to Griswold claiming he told her, “I hope you’ll see beyond your cognitive bias and seek truth.” He continues to appearingly threaten to release information on Griswold letting his followers know that he has “screenshots of her stuff” and that “we could put it out there.” This practice known as doxxing often leads to harassment and even death threats.

He finishes his attacks on the journalist by vaguely referencing things going on around him stating, “Just weird stuff going on out there, stuff that I don’t even – I haven’t even provoked. Anyway, we’re seeing lots of breakthroughs though.” He closes by referencing the Arizona voter audit and his infamous Gettysburg hearing with the Trump campaign, continuing to promote the lie that led to the deadly insurrection he participated in.

Threatening the lives of journalists was a frequent tactic of President Trump, his administration, and his campaign that often put this profession in danger and created an environment that led to events like the deadly insurrection on January 6th – one of the topics of the piece on Senator Mastriano. The openly hostile relationship has led to a report by the Committee to Protect Journalists even stating these attacks would endanger US democracy. For these reasons, it will be important to ensure that Senator Mastriano does not further threaten or endanger Griswold or any Pennsylvania journalists who will be covering his future political aspirations.