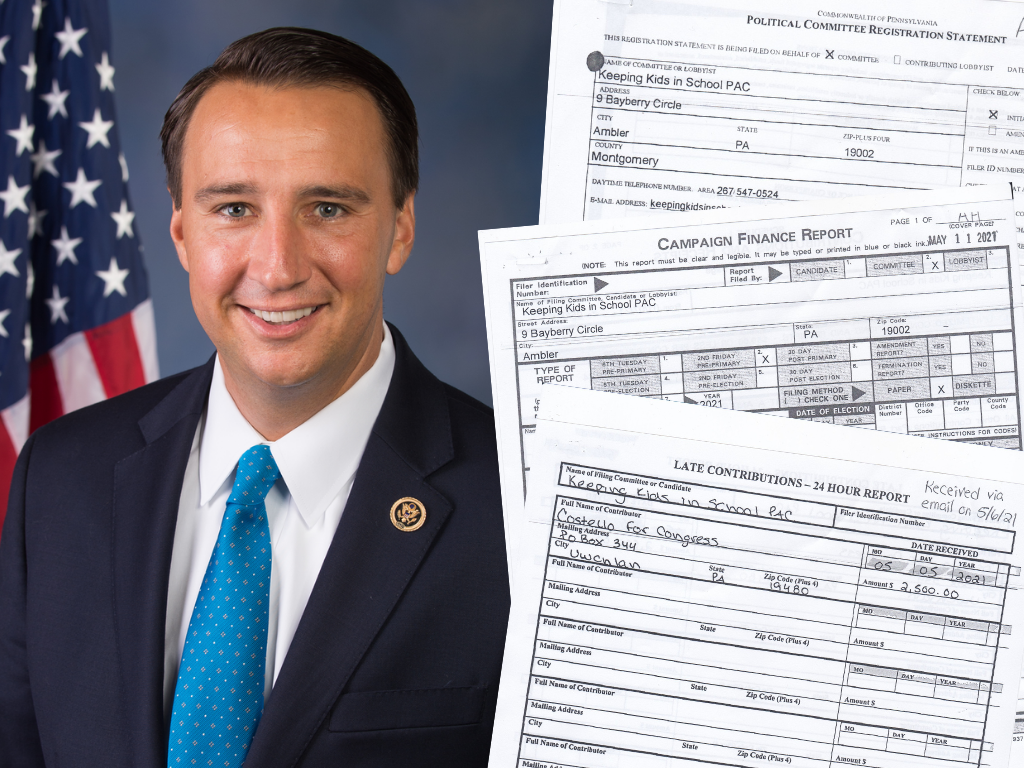 Pennsylvania Spotlight has obtained a new look at additional campaign finance documents for the latest dark money organization working to privatize education. The Keeping Kids In School PAC was formed last year supposedly by a mother in reaction to the COVID pandemic, but these documents reveal former Congressman Ryan Costello as the second-largest funder.


As previously reported, Paul Martino, a venture capitalist and ally to Project Veritas founder James O’Keefe is the largest funder of the Keeping Kids in Schools PAC. The latest campaign finance documents show a late donation by former Congressman Ryan Costello, making him the second-largest funder of the PAC.

The PAC has made headlines for running conspiracy theorists and people who were in attendance at the insurrection for school board positions across eastern Pennsylvania. Costello’s donations occurred on May 5th, requiring the PAC to file a late contributions addendum for the $2,500 check. Martino has a long history of funding right-wing candidates and causes.

She used the site to respond to her own social media posts where she embraced conspiracy theories that led to the deadly insurrection. That site is connected to Linda Kerns, a lawyer who worked on behalf of Donald Trump to overturn the election, and the Commonwealth Foundation. Multiple candidates supported by the PAC have also posted pictures of their attendance at the Capitol on January 6th.

While the PAC was presented in media across Pennsylvania as a grassroots organization, the campaign finance reports demonstrate the ulterior motives of the organization. It’s the latest addition to Pennsylvania’s list of front groups masking the work of billionaire donors and extremist politicians.