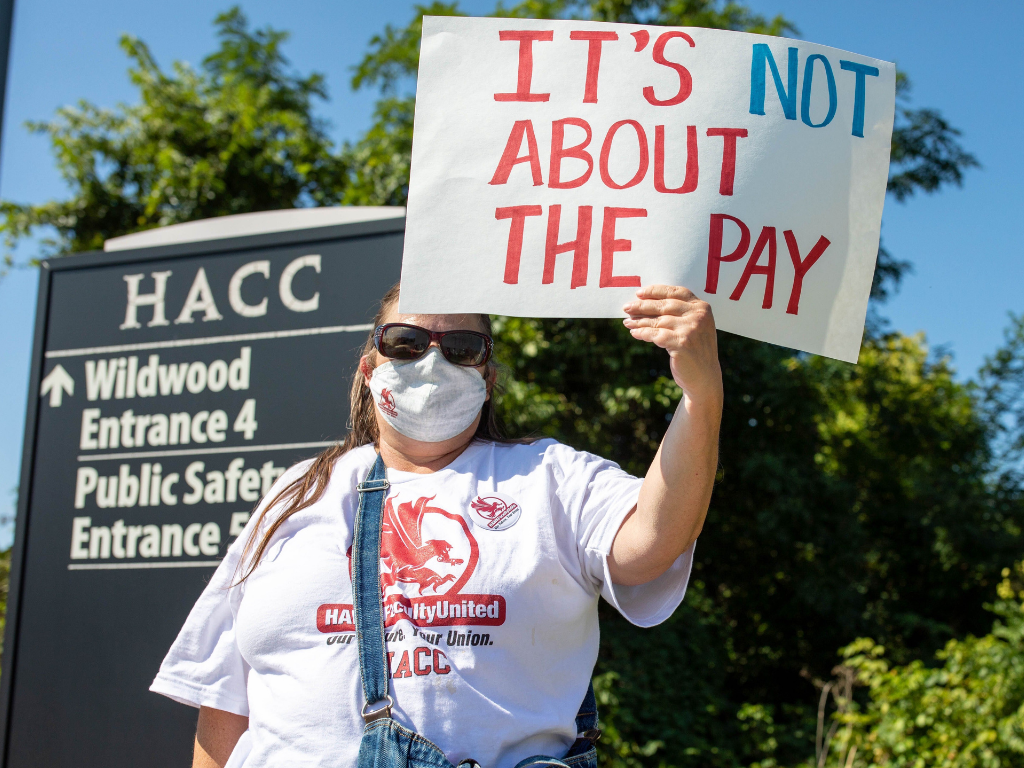 The Pennsylvania Labor Relations Board ruled in favor of Harrisburg Area Community College full-time and adjunct faculty members, clearing a path towards their long-awaited election. Hawk Faculty United have gone over 310 days since filing their petition seeking a union election and have been met with anti-union tactics by HACC’s administration in order to stall the election.

The PLRB determined that the HACC administration padded their faculty list to try and show that faculty did not reach the 30 percent signature requirement. The PLRB removed 276 names of faculty members who were not teaching in the Fall of 2020.  “We knew that we had clearly met the requirements for a union election,” said Amy Withrow, professor of English and co-spokesperson for the Hawk Faculty United campaign. “We are pleased that the PLRB agreed with what we’ve been saying all along.”

Previous reporting by Pennsylvania Spotlight highlighted the year-long struggle it took for faculty members to get to this point. They were met with anti-union disinformation from the administration and the school’s president pressuring faculty to reject the union. One instance comes from school president, Dr. Ski, ending an email saying “over the next couple of weeks, we will be sending you information that we hope will show you that you are better off without the union.”