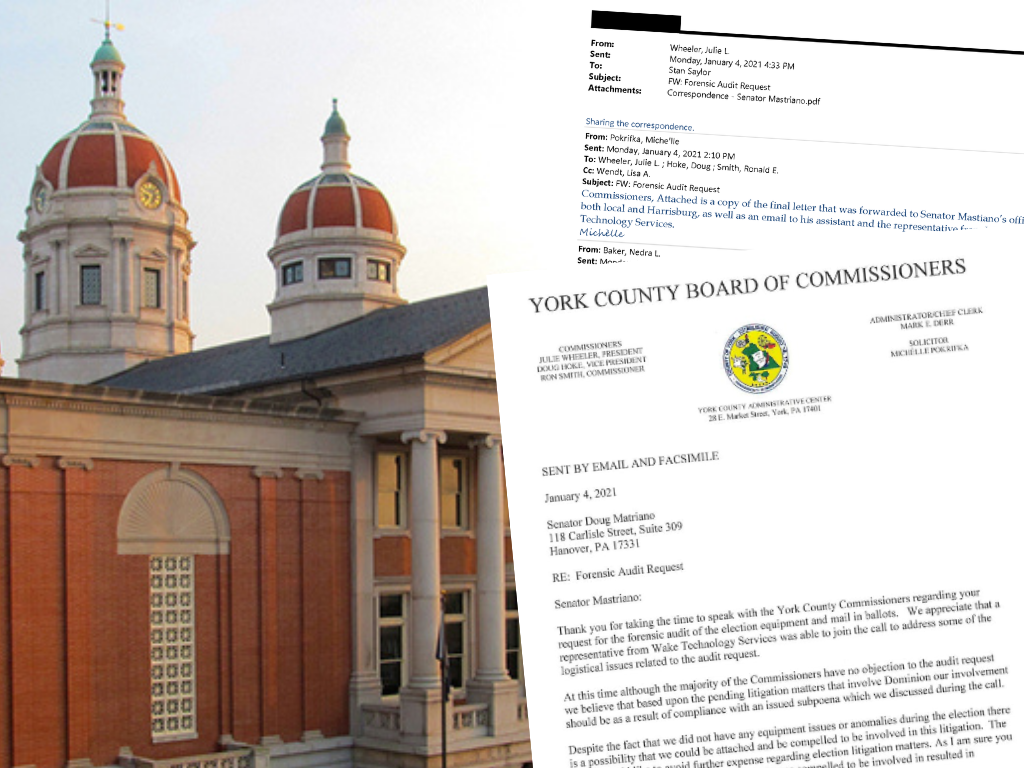 The letter was sent to Senator Mastriano and Gene Kern, the owner of Wake Technology Services, on January 4th, 2021, in response to a phone call about a “forensic audit request” with the York County Commissioners. According to the letter, Senator Mastriano brought Kern to the meeting to explain how the “logistical” side of the audit would work. Wake Technology Services is a software services business located in West Chester, Pennsylvania and recently participated in Arizona’s efforts to audit the results in Maricopa County. However, the letter does not indicate how Kern and Wake Technology Services became involved in this discussion with the York County Commissioners.

The commissioners cited financial concerns telling them “the Board would like to avoid further expense regarding election litigation,” but that “the majority of our Board has no objection to the request but believe that having the issued subpoena to engage the audit provides a level of comfort to our Board to engage this process.”

Unfortunately, there are no more emails to report on at this moment because lawyers representing the Senate and House Republican caucuses forced York County to deny Pennsylvania Spotlight’s request for communications between the Commissioners and members of the General Assembly. This is an unusual move by the caucus to get involved in requests for public information from county officials.

Pennsylvania Spotlight has appealed this ruling to the Pennsylvania Office of Open Records. We intend to make these communications available to the public upon resolution of the appeal.

If you appreciate our work exposing the efforts of Senator Mastriano’s “audit,” will you contribute to Pennsylvania Spotlight today, so we have the resources to fight this appeal?