Malcolm Kenyatta on the PRO Act 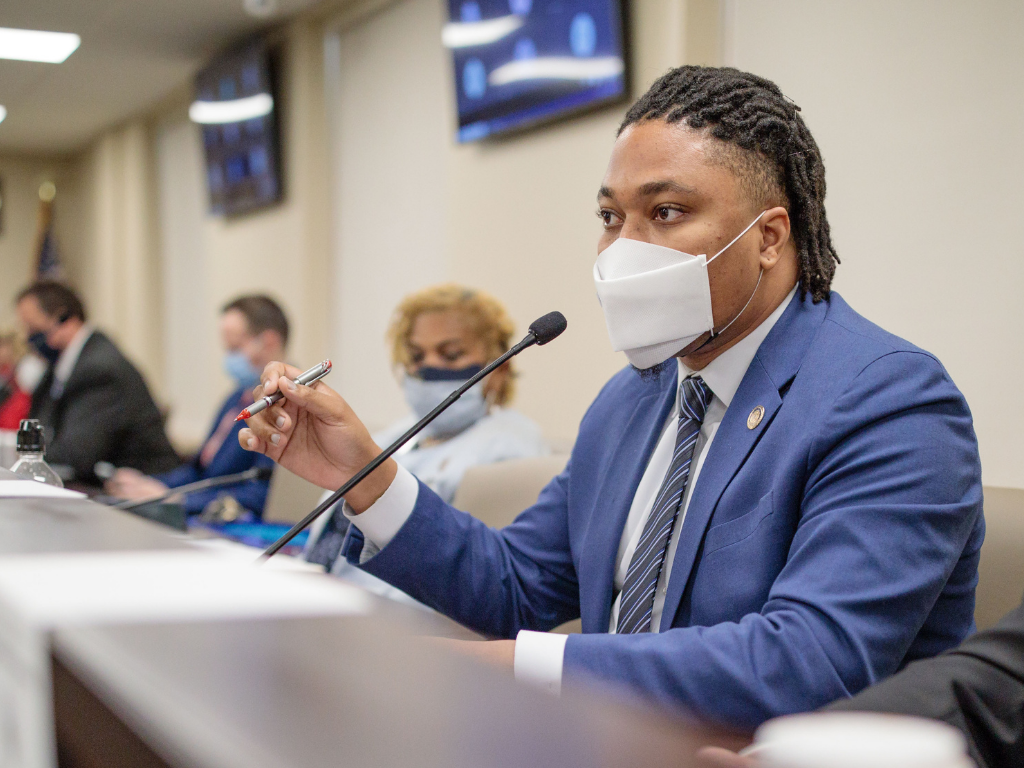 Unions built the middle-class in Pennsylvania. But today, as we stand at a national crossroads, gigantic corporations like Amazon, with the help of their henchmen in governments, continue to attack the pathway to financial stability that unions have provided working families for a century.

Just this month, Amazon – arguably the world’s most powerful company – was able to once again forcibly extinguish a critical effort by mistreated employees to unionize at a warehouse in Alabama. This disregard and disrespect for workers are not just limited to Amazon. The union-busting we saw in Alabama is happening all across the country, and it needs to stop.

Congress needs to step up to protect the right of workers to organize. The US House of Representatives has already passed legislation with bipartisan support to do just that. The Protecting the Right to Organize Act, or the PRO Act, would update outdated national labor laws to strengthen collective bargaining efforts and expand protections for more workers. It’s now up to the Senate to take up this legislation that would make it easier for workers to form a union in their workplace.

Over the last 40 years, we have seen union membership in Pennsylvania decrease from approximately 30% of all workers in the 1980’s while today that number has fallen to below 15% today. This unfortunate decline is something that has not only taken place here in Pennsylvania but across the country. We desperately need stronger protections for workers across industries, so we reverse this trend and get on the path towards a strong and thriving middle class in PA — and in the US at large.

As working families confront unprecedented economic challenges as we recover from the COVID-19 pandemic, unions offer one of the best ways to rebuild our middle class. The district I represent today is the third poorest in PA, and I know how predatory employers take advantage of families desperate for work. Unions give a voice to workers in a way they do not have on their own: a stronger voice to fight for better wages, the ability to improve the quality of jobs and increase job security while guarding against discrimination of all forms. And unions are instrumental in protecting workers’ health, safety, and benefits.

Like President Biden, I know how vital the PRO Act is and wish we had a Senator who would fight for its passage. Instead of a corporate tool like Pat Toomey continues to cater to his wealthy benefactors and corporate special interests above working families. Pennsylvania deserves better. We need real leaders who are willing to step up and take on this fight. Folks who are fighting because they know in their bones what it means to work a minimum wage job and not have a union behind you to fight for fair wages and treatment. I know it in my bones and so do thousands of Pennsylvanians who want their voices heard.

The PRO Act will help us address some of the structural issues facing our nation and help ensure a robust economic recovery as we come out of the pandemic.

When the PRO Act becomes law, workers can finally have a choice to join a union that will help us secure dignity, fair wages, and paid leave. The workers who built this country and got us through the pandemic cannot continue being left behind as greedy corporate giants make out like bandits.

Work, financial security, and the pride of taking care of yourself and your family are part of the fundamental dignity every Pennsylvanian deserves. I am proud to fight arm in arm with working families like yours and mine to ensure that all of us can provide for ourselves and our communities with ONE good job.

Malcolm Kenyatta is a state representative from North Philadelphia. He represents the 181st district in Pennsylvania.