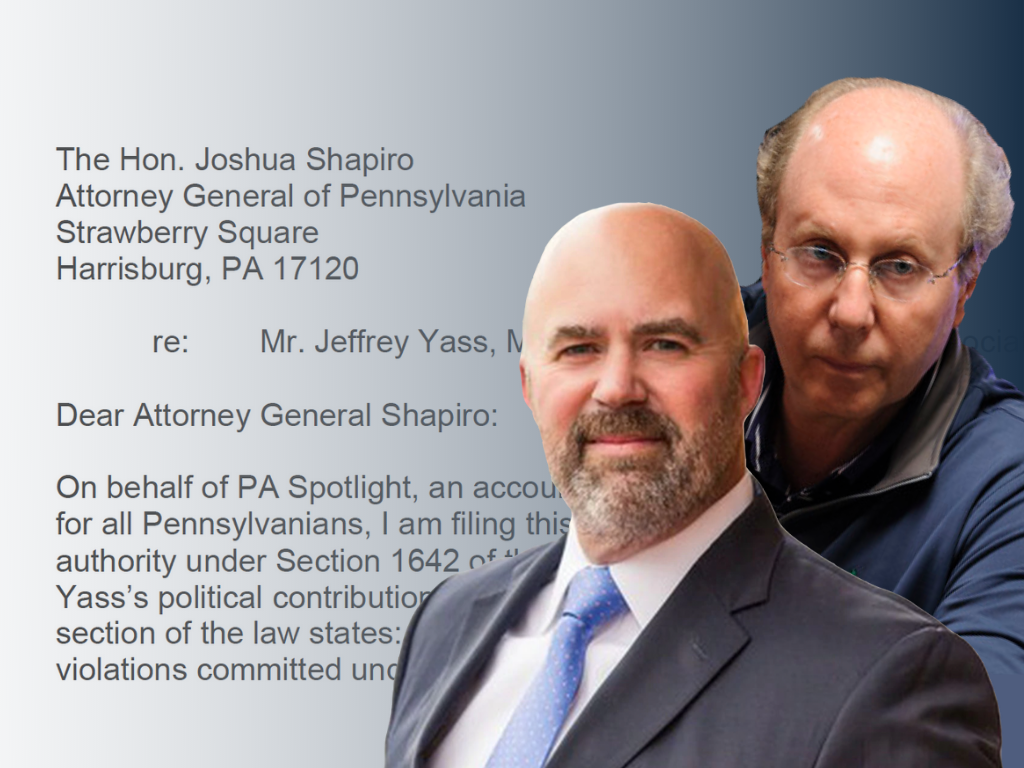 For years, Mr. Yass has used a political action committee, Students First PAC, as an apparent pass-through entity for his personal contributions. Once the money lands in Students First PAC, nearly identical amounts of money appear to be contributed to either Commonwealth Children’s Choice Fund or Commonwealth Leaders Fund, two political action committees that are related to each other. Mr. Yass is possibly attempting to obscure the funds in an effort to keep himself a step removed from the money. Simply put, he looks to be using Students First PAC as a conduit for passing money through to the aforementioned shell entities. Pennsylvania law is clear in prohibiting these actions.

Read our full letters below.


If shining a spotlight on Jeffrey Yass and defending democracy matters to you, chip in today to support our work.