Who’s Behind the Astroturfed Critical Race Theory Push in PA? 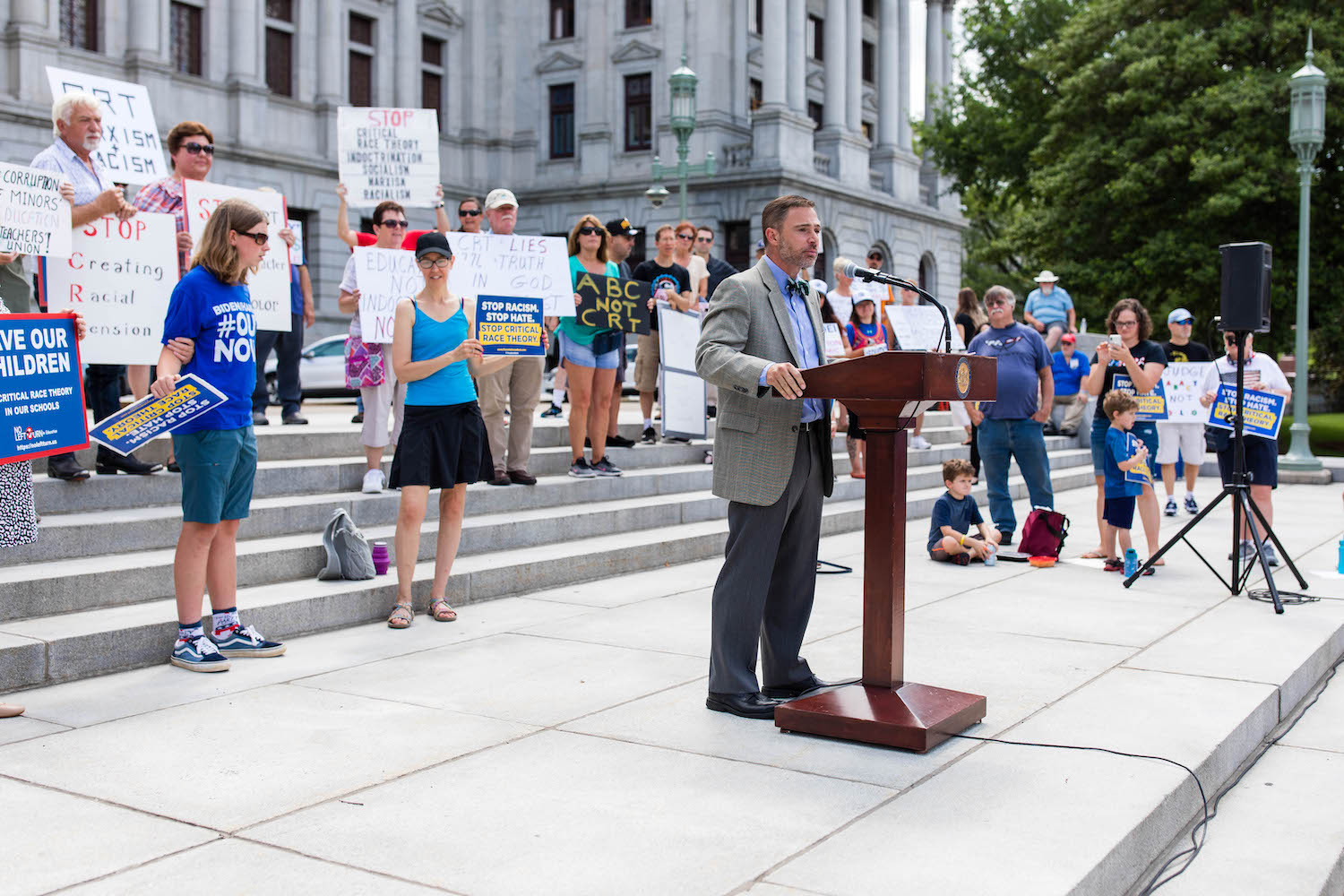 Last Wednesday’s rally attacking critical race theory on the Pennsylvania Capitol Steps offers a glimpse into the astroturfing campaign that’s propelling the issue to the front of the far-right’s culture wars. The rally was organized by Lois Kaneshiki, a political operative working for No Left Turn in Education and FreedomWorks, in support of Representative Barb Gleim’s and Russ Diamond’s bill banning Critical Race Theory in public schools.

Speakers from the event included Representative Gleim, Jonathan Butcher, an education fellow from the Heritage Foundation, and Laura Zorc, the Director of Education Reform at FreedomWorks. Dozens of event attendees were seen holding signs printed by FreedomWorks that read “Pennsylvania Parents Know Best” and “Stop Racism, Stop Hate, Stop Critical Race Theory.” One attendee had a sign with the infamous QAnon slogan stating “Save Our Children” next to the elected officials as they gave remarks. FreedomWorks is part of the same dark money network as the Commonwealth Foundation and helped prop up the Tea Party after the election of President Barack Obama.

Happening now: @RepGleim is speaking against teaching critical race theory in schools. She and @russdiamond authored a bill to prevent it. About 100 supporters here on the Capitol steps. pic.twitter.com/5EraLMhuKY

This is not the first time FreedomWorks have attempted to astroturf a campaign in Pennsylvania. In 2017, PA Spotlight caught Freedom Works using fake internet accounts to push for anti-union laws. After being caught using fake accounts, their now-Press Secretary tweeted a picture of himself with a picture of the Wall Street Journal addressed to Executive Vice President Noah Wall at their DC headquarters. In the tweet, he accused PA Spotlight of being a bot.

While speaking at the rally, Laura Zorc offered a look into the right-wing’s playbook on school board races.  She told the crowd, “we’re going to run for school board and we’re going to take back our school system one seat at a time.” Pennsylvania was recently highlighted in a well-sourced NBC News report as a state where “people who previously espoused QAnon have run for school board positions, sometimes melding conspiracy theories with anti-CRT sentiment.” In addition, an editorial in the Bucks County Courier Times identified a handful of school board candidates who believe in the conspiracy theory.

The nationwide astroturfing push by right-wing organizations like No Left Turn in Education, FreedomWorks, the Heritage Foundation, and others has been going on for months after a conservative activist invented the conflict using theoretical analysis to divide people by race. It’s a coordinated effort to use racism as a political strategy by front groups funded by extremist billionaires.