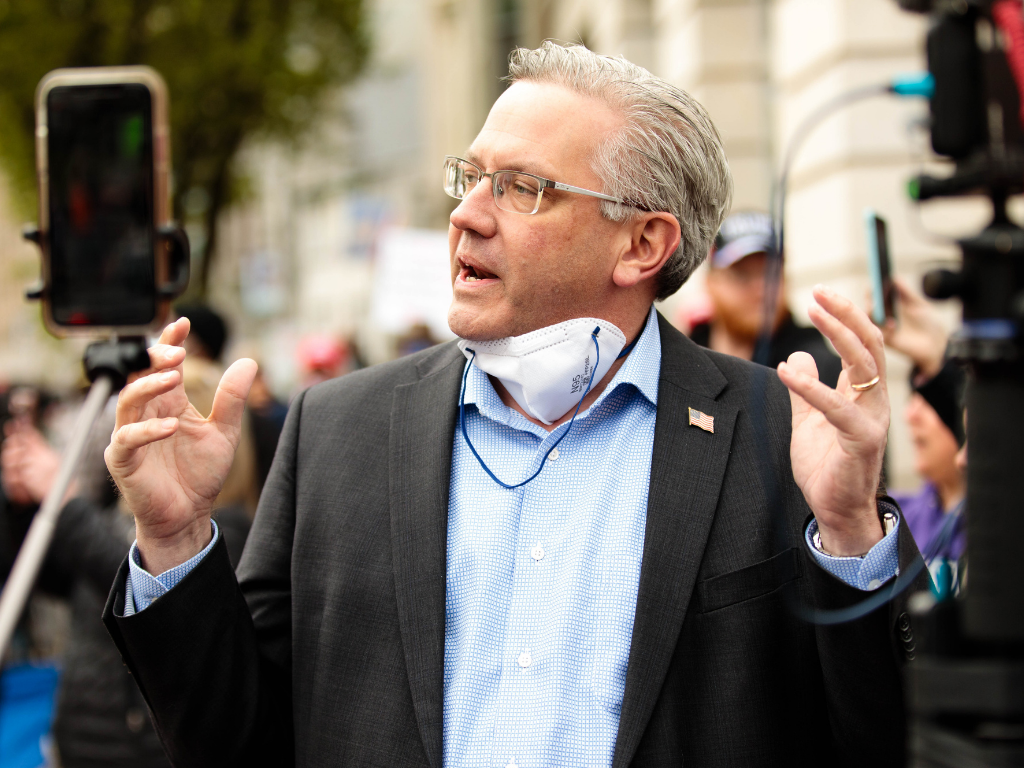 Pennsylvania Spotlight obtained all election-related emails between the York County Commissioner’s Office and members of the General Assembly from the York County Solicitor’s Office. This came a month after PA Spotlight appealed York County’s decision to withhold these emails after the House and Senate Republican Caucuses intervened and tried to block our reception of the emails.

The emails offer insight into the conspiracy theories and lies about the election that ran rampant through the leaders of the “Stop the Steal” events in the days, weeks, and months following the 2020 election. One of the more glaring examples came from State Representative Mike Jones, He emailed the county commissioners and the district attorney on November 16, 2020, about a “list of potentially fraudulent votes.”

Rep. Jones told the commissioners “subsequent to the November 3rd election my staff began investigating accusations of mail-in votes cast on behalf of deceased constituents,” and “they have uncovered 15 potential (I emphasize potential) incidents of the deceased ‘voting.’” He goes on to claim that most of the people died prior to 2019 and that “in some instances, it appears they clearly were based on obituaries we were able to locate. In other instances, we could not find obituaries.”

On November 20, 2020, Jones replied to his own email stating he was wrong and “followed up with an attorney this morning who has a better system for checking constituent status, and upon further review, I don’t believe the voters my staff identified are deceased.” The York County Solicitor’s Office looked into each of the names Representative Jones provided and found “all of these voters are current registered active voters in York County.”

The case of Rep. Jones – and his staff – looking for dead voters and providing a list of voters they identified as dead raises additional questions. Who were the legally registered and alive voters Rep. Jones tried to disenfranchise and are they aware of this representative’s actions? Rep. Jones has been active in “ReOpen” and “Stop The Steal” events since it first started in 2020 going as far as to sign on to letters asking Congress to overturn the election results.

This reporting is possible because of the support of readers. If you value our work holding elected officials and front groups in PA accountable, consider chipping in $5 today. Thank you.