Tracking Doug Mastriano’s Movements During the Insurrection: A Timeline 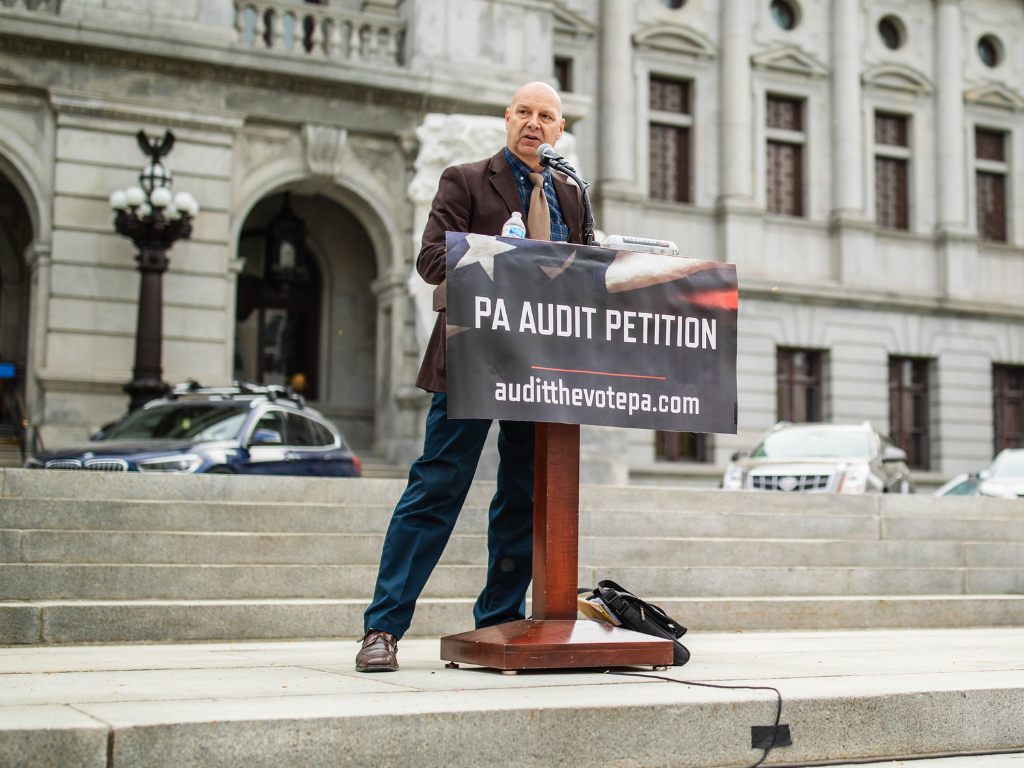 The depth of Senator Doug Mastriano’s involvement in the deadly insurrection on January 6th has been an open question with the senator giving limited details about his timeline. Reporting in WHYY previously disclosed Senator Mastriano personally chartered buses paid for by his political campaign committee. He has thus far refused to resign despite continued calls for him to leave office from his colleagues.

An explosive report in the New Yorker has shed more light on his specific movements leading up to the breach of the U.S. Capitol highlighting a friendly right-wing radio interview. He has been identified as seeing the first and second breach of the Capitol. PA Spotlight has the audio of that interview with a right-wing radio show he appears frequently on. We have reviewed the relevant parts exclusively. You can find our take and listen to Senator Mastirano’s own words below.

The interview, which took place on January 13th, opened with the radio host calling the limited reporting at the time “yellow journalism.” This show took place the day after the aforementioned WHYY article showing payments his political action committee paid for buses. The host goes on to offer the senator a chance to explain his side of the events.

Senator Mastriano continues at the five-minute mark in the interview explaining the first signs of seeing “agitators” that were “kind of getting in the face of the police and jiggling the bicycle rack barricades they use.” According to the same New York Times timeline, the first barricades on the West side were breached at 12:53 pm as supporters surrounded the Capitol heading to the East side of the building. Senator Mastriano witnessed the first attempt to breach the Capitol on the West side of the building and still continued to the East side.

After arriving at the East side of the Capitol, Senator Mastriano witnessed another attempted breach. At five minutes and 50 seconds into the interview, he says that he saw additional “agitators” start pushing the police up the steps. He says, “I don’t think there was any breach on that side,” and describes in combat terms that the police still had “the high ground.” According to the New York Times timeline, around 1:00 pm is when the first confrontations with the police began on the West side. By 1:15 pm, the rioters and police were both spraying each other with chemical agents. Senator Mastriano says at this point he felt the event was not “turning out like it should” stating he left to go back around to the West side of the building.

At 6 minutes and 46 seconds into the interview with the radio hosts, Senator Mastirano recalls during the mayhem on the East side of the Capitol building, he encountered former Pennsylvania State Representative Rick Saccone, who posted a picture on Facebook with Senator Mastriano. He also posted a video that stated “we’re storming the capitol. Our vanguard has broken thru the barricades. We will save this nation. Are u with me?” The violent assault on the Capitol began around 1:50 pm on the Northeast side spreading to both the West and East side by 2:00 pm.

During the radio interview, Senator Mastriano downplayed his connections – or knowledge – of knowing the former House Representative. Senator Mastriano called Saccone “a controversial figure from out west,” and “I don’t know him real well.” After his encounter with Saccone, Senator Mastriano claimed to have left the Capitol grounds to walk back to his hotel that was two miles away. That’s when his phone began blowing up with calls from family members and Senate colleagues.

This new reporting demonstrates that Senator Mastriano was at the forefront of the deadly insurrection, saw the first and second attempt to breach the Capitol, and then only left not after the first few signs of violence, but after taking a few selfies with people he claims to not know. While painting a clear timeline of events, additional questions remain for Senator Mastriano about the totality of his involvement in the deadly insurrection.