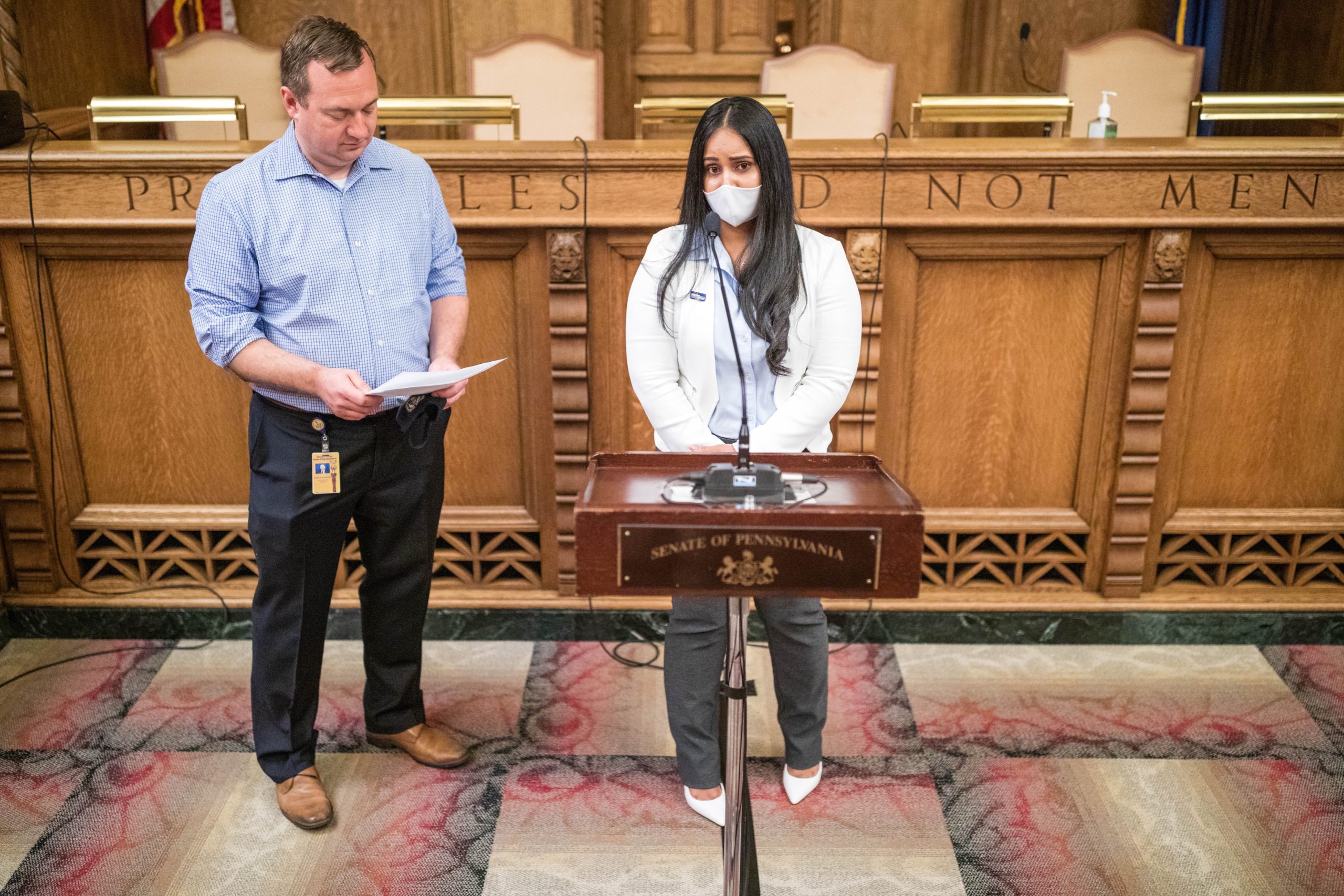 UFCW Local 1776 members and leadership held a press conference to announce new legislation being introduced into the Pennsylvania General Assembly on Wednesday afternoon.

The legislation being introduced by Senators Cristina Tartaglione and Judy Schwank, and Representatives Gerald Mullery and Peter Schewyer, would give greater protections to meat packaging and food processing employees.

Labor activist and UFCW Local 1776 member Carmen Dominguez spoke at the press conference about her experience losing two colleagues at the JBS Beef Plant in Souderton. Dominguez had previously written about this tragedy in an editorial for the New York Times.

Dominguez shared how her union worked with her employers to provide worker protections during the pandemic. “This is not the case for many workers,” stated Dominguez. The industry, which also employs a large immigrant population, creates even more areas where bad employers can exploit their workers for profit. Explaining why this legislation was important, she said, “Wemay not be visible, but we work hard to make sure our communities are fed and nourished.”

UFCW Local 1776 member and an over 40-year employee of Empire Kosher Holly Bearly also spoke to why this legislation was necessary. She talked about the physicality of the work and the conditions these workers faced during the pandemic. “This isn’t the type of work you can do from home or through a Zoom meeting.”

The proposed legislation would help set standards for workers in these critical industries. This would include paid sick days for part- and full-time employees, covering out-of-pocket medical expenses for injuries sustained on the job, and grant OSHA protections for these workers. It would also create workplace health and safety committees at food processing plants across Pennsylvania and require the Secretary of Agriculture to hire an industry worker’s rights coordinator and the Department of Health to make necessary contingency plans to help prepare for future emergencies like the COVID-19 pandemic.

Stories from union members like Dominguez and Bearly inspired the introduction of this legislation. Representative Schweyer shared that he first read about Dominguez’s story in the New York Times and discovered they were neighbors. Senator Tartaglione stated that “One of my constituents who was a member of UFCW, and one of our shop stewards, contracted COVID-19 at work and lost his battle with this horrific virus.”

Senator Schwank and Representative Mullery said that they had been in conversations with workers and UFCW Local 1776 since the start of the pandemic.

Bearly closed her remarks offering her hope that workers like herself would not be forgotten after the pandemic is over and how important it was for workers to share their stories. She closedher remarks, stating, “Doing something like this is very much out of my element, my comfort zone. So I hope you know how much this means for me, for you to listen.”