What’s Going On With WellSpan Hospitals and Senator Doug Mastriano? 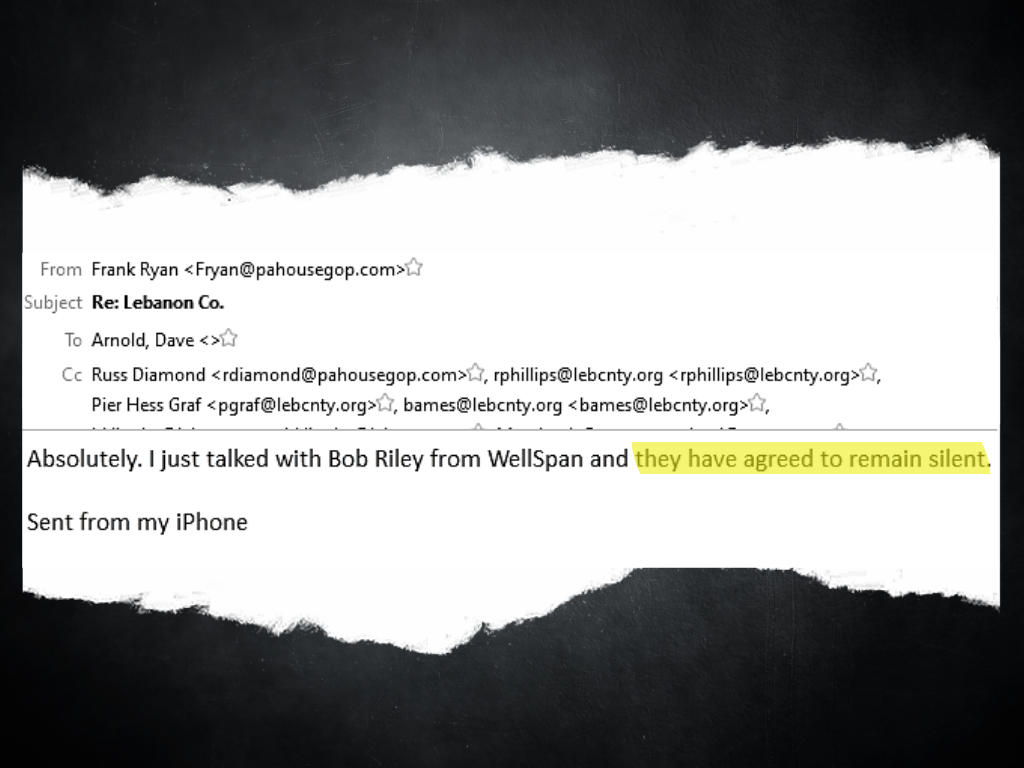 At the beginning of the pandemic, a WellSpan official agreed to remain silent in a coordinated effort to undermine Governor Wolf’s public health measures in Lebanon County. It was announced this week by Senator Doug Mastriano the health care provider has delayed implementing and reevaluating their vaccine mandates after facing pressure. WellSpan hospitals are currently facing capacity issues with hospital beds because of the increase of COVID patients.

Senator Doug Mastriano posted on Facebook that he was “pleased to report that WellSpan has decided to hold off implementing their vaccine mandate” that was supposed to go into effect. According to the Senator, WellSpan employees were facing termination for refusing the coronavirus vaccine. The Senator has long been associated with conspiracy theories and frequently goes on right-wing media to proffer them.

During the early stages of the coronavirus pandemic, WellSpan’s Director of Government Affairs, and former Deputy Chief of Staff for Congressman Scott Perry, Robert Reilly, was caught in emails released publicly by Pennsylvania Spotlight participating in Lebanon County’s conspiracy to undermine Governor Wolf’s public health protocols. The emails show that Representative Frank Ryan reached out to Reilly and on behalf of the health community, the former political operative promised silence on their end.