Who Is Senator Cris Dush? Meet the PA Senator In Charge of Pennsylvania’s Scam Election Audits 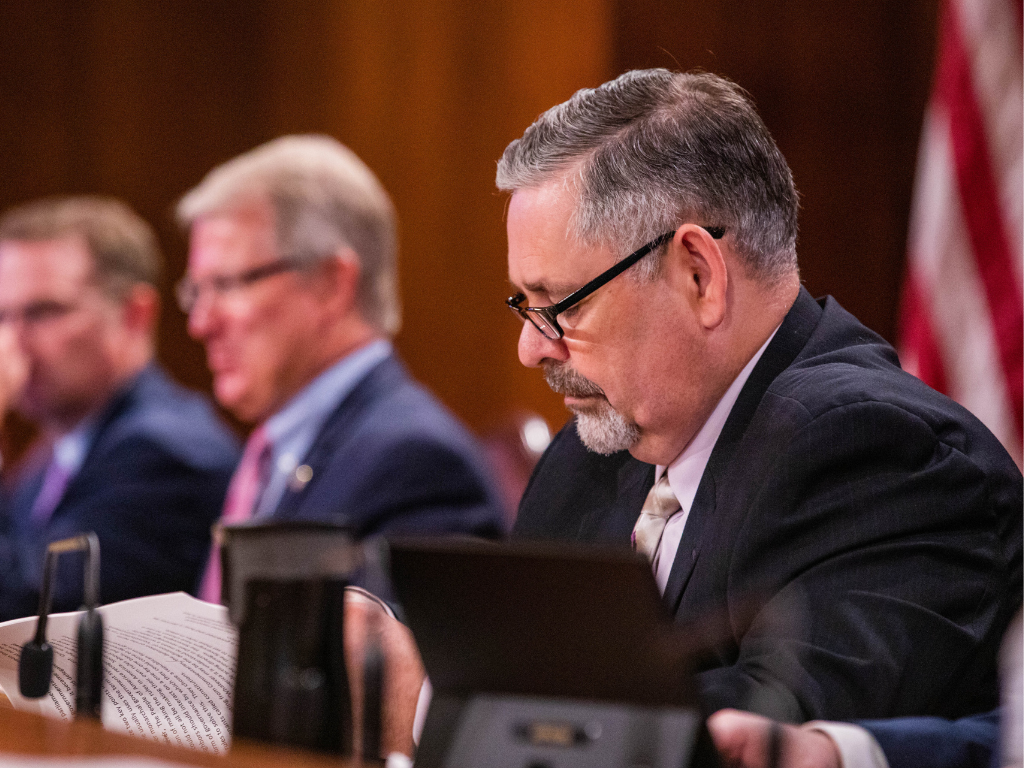 Over the summer, Senate Republican Leadership promoted State Senator Cris Dush to lead their latest voter suppression efforts replacing Senator Doug Mastriano. Senator Mastriano has become a lightning rod in recent months making headlines for his participation in the insurrection. Leader Jake Corman cited Senator Mastriano’s “grandstanding” in recent weeks for kicking him out of the caucus meetings. With Senator Dush’s promotion over Senator Mastriano, we have compiled a deeper look at this record.

Senator Dush won his 2020 primary race with the support of Matt Brouillette’s political action committees funded by Pennsylvania’s richest billionaire Jeffrey Yass. In the weeks leading up to the primary, Senator Dush received close to hundreds of thousands in campaign and in-kind contributions from the Commonwealth Leaders Fund and Commonwealth Children’s Choice Fund. These committees received close to $20 million from right-wing billionaire Jeffrey Yass in recent years. Senator Dush’s primary election was their largest candidate investment for the 2020 primary elections.

While in the Pennsylvania House of Representatives previously, Senator Dush was an ally to the American Legislative Exchange Council, or ALEC. Statements of financial interest show as a state representative, Senator Dush received over $12,500 in transportation, lodging, and hospitality from ALEC to attend conferences between 2016 and 2018.

Senator Dush efforts leading the efforts to overturn the 2020 election is not the first time he has tried to subvert the will of the voters. In 2018, Representative Dush threatened to impeach four judges from the Pennsylvania Supreme Court for overturning the state’s gerrymandered congressional maps. Dush was then recorded in 2019 talking about Pennsylvania’s Supreme Court decision at ALEC’s “How to Survive Redistricting Meeting,” a meeting dedicated to disenfranchising voters. Following the 2020 election, Dush was named ALEC’s “Legislator of the Year.”

Senator Cris Dush also has connections to Christian extremists who played a role in casting doubt about the 2020 elections. Senator Dush and other legislators were photographed having a meeting with Abby Abildness and members of the Jericho March in March 2021. Senator Dush and the others received a book that was wrapped in paper and presented with an “Appeal to Heaven” logo, popularized by those who attended the insurrection on January 6th.

Abildness is the leader of the Pennsylvania Apostolic Prayer Network and has publicly discussed how she is able to influence the government through her prayer meetings. A week before the insurrection, Abildness tweeted “Senators, Stand Your Ground and object to the fraudulent ‘results’ of the 2020 election.” Abildness attended the Senate’s first election review hearing and was photographed talking to Senator Dush’s Chief of Staff before the beginning of the meeting.