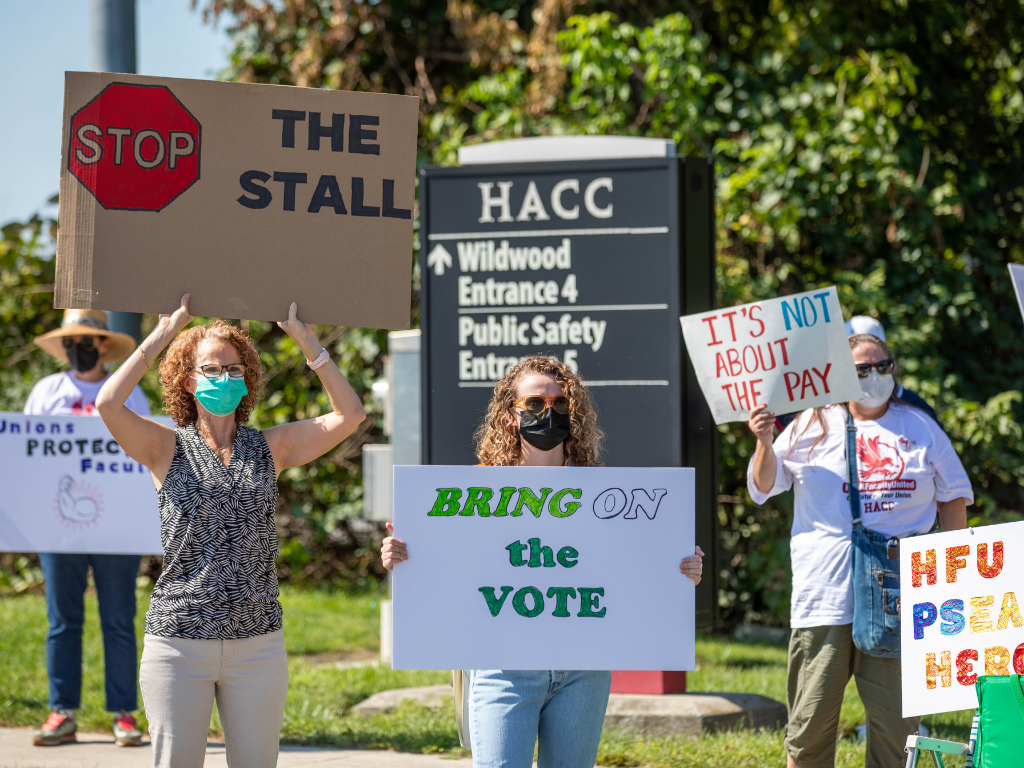 Professors at Harrisburg Area Community College announced last week that the Pennsylvania Labor Relations Board scheduled a union election from February 24 to April 7. Hawk Faculty United filed for a union election on December 23, 2020, but HACC’s administration and President Dr. John Ski met their organizing efforts with threats, stall tactics, and anti-union propaganda during the process.

Amy Withrow, an English professor at HACC and co-spokesperson for the Hawk Faculty United campaign, said “it’s taken more than two years to get here, but we feel confident that faculty supports the union,” and “we believe this will be an important win not only for faculty but for our students and HACC’s local communities.”

The Pennsylvania State Education Association originally filed an election petition for HACC’s union in December 2020, but the administration and Dr. Ski used stall tactics by padding their faculty list making it appear that Hawk Faculty United did not obtain enough signatures for an election. The PLRB ruled in favor of HACC’s professors following a hearing last October.

Previous reporting by Pennsylvania Spotlight highlighted the lengths Dr. Ski and the administration went to stopping the professors’ organizing efforts. In January 2020, HACC’s former Vice President of Human Resources and Organizational Development sent an email to staff containing “fast facts” on authorization cards and claimed that signing union cards “gives YOUR VOICE away.” Then in August 2020, Dr. Ski sent an email to faculty members that said “over the next couple of weeks, we will be sending you information that we hope will show you that you are better off without the union.”

According to a press release, more than 800 full-time and adjunct faculty members from the Harrisburg, Lancaster, Lebanon, Gettysburg, and York campuses will get to vote and ballots will be counted on April 8. Lewis Jones, an adjunct anthropology professor, and campaign co-spokesperson said “voting yes means that HACC’s full-time and adjunct professors will finally get to have a real voice in their pay, benefits and working conditions.”