The Labor Movement showed up for Democracy in 2022 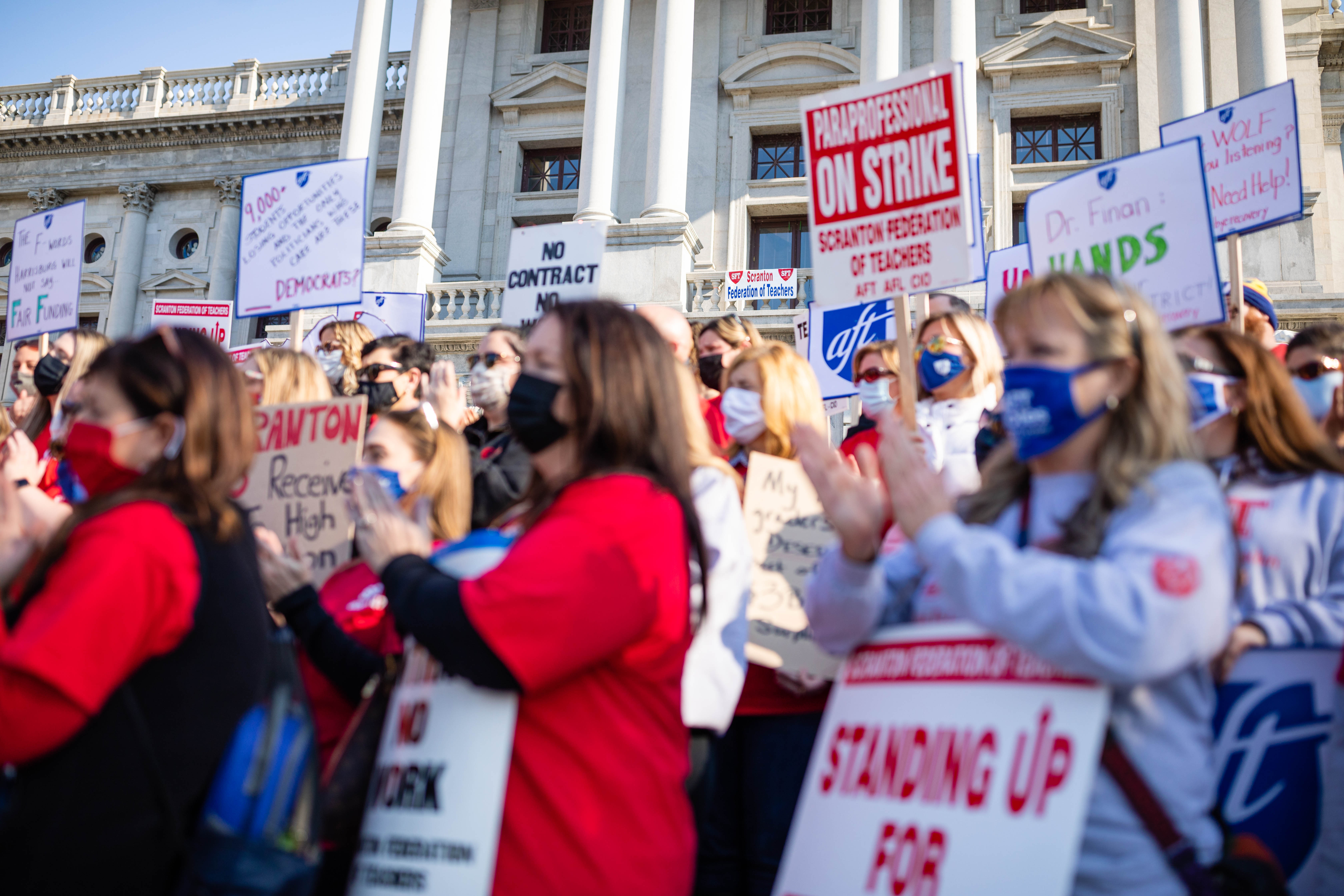 Today, millions of Pennsylvanians, including hundreds of thousands of members of union households across our commonwealth, will go to the polls or have their early cast ballots counted.

Democracy is never something to be taken for granted, and Pennsylvanians and union workers should know this better than most. American democracy and the American labor movement were both born in our commonwealth. Following the thread of our history, from colonial American Quakers in Germantown protesting slavery, to Independence Hall, to Philadelphia cordwainers forming the first American labor union in 1794, to Gettysburg, shows that Pennsylvania has been a keystone of struggle for a fairer, more democratic society.

That struggle has taken place at the ballot box, in the streets, and on shop floors and picket lines. Because our fight for democracy in Pennsylvania has never simply been about casting a vote. It has been, and still is, a fight for the right for working people, for the disenfranchised, for the marginalized, and for the forgotten, to have their voice heard, whether in the halls of legislative, or corporate power. Working Pennsylvanians and their unions have been at the forefront time and time again, because the dream of American labor is the dream of democracy: our belief that the voices of working Americans should chart our collective future.

That fight has continued throughout this election, with thousands of union members making phone calls, knocking doors, having conversations at kitchen tables, and talking in break rooms about the stakes for working people in today’s election. Members of our unions, whether steelworkers, bus drivers, hotel and hospitality workers, nurses, skilled tradespeople, and teachers, have stepped up. Our hard-won union way of life, and our very democracy, are on the line.

I have the privilege of serving as President of Seven Mountains Central Labor Council, one of Pennsylvania’s thirty Central Labor Councils – the local voices of the American Federation of Labor and Congress of Industrial Organizations. We represent over 16,000 union families in Centre, Mifflin, Huntingdon, and Juniata counties, with widely varying identities and political beliefs, and different opinions on the path toward greater economic security and thriving communities.

We have knocked on doors, made phone calls, and volunteered to be election workers. In a society rife with division and fraying faith in a common future, we are united in our belief that democracy is how the working class forges ahead, and that protecting democracy is protecting our voice. Today, organized workers will make that voice heard. Today, and tomorrow, and the day after, we will mobilize and fight to ensure that voice is never dampened.

We may not have election results tonight. We may not have them tomorrow. Elections are not quick, nor are they easy. But that is a sign that our rules for elections, and our democracy, are working: that the process of counting every vote, and hearing every voice, is being treated with the sanctity it deserves. That is exactly what working people believe in: that our voices matter, and must be heard.

Organized labor has always been at the forefront of the fight for a fairer society. We have been there throughout this election, and we will be there today, and tomorrow, and the day after. Because we have led the way, and because we have mobilized, when every vote is counted and the results are certified, we will be able to know that they are our voices, together, heard in both Harrisburg and Washington.

Connor Lewis is President of Seven Mountains Central Labor Council, AFL-CIO, and a member of TNG-CWA 32035.