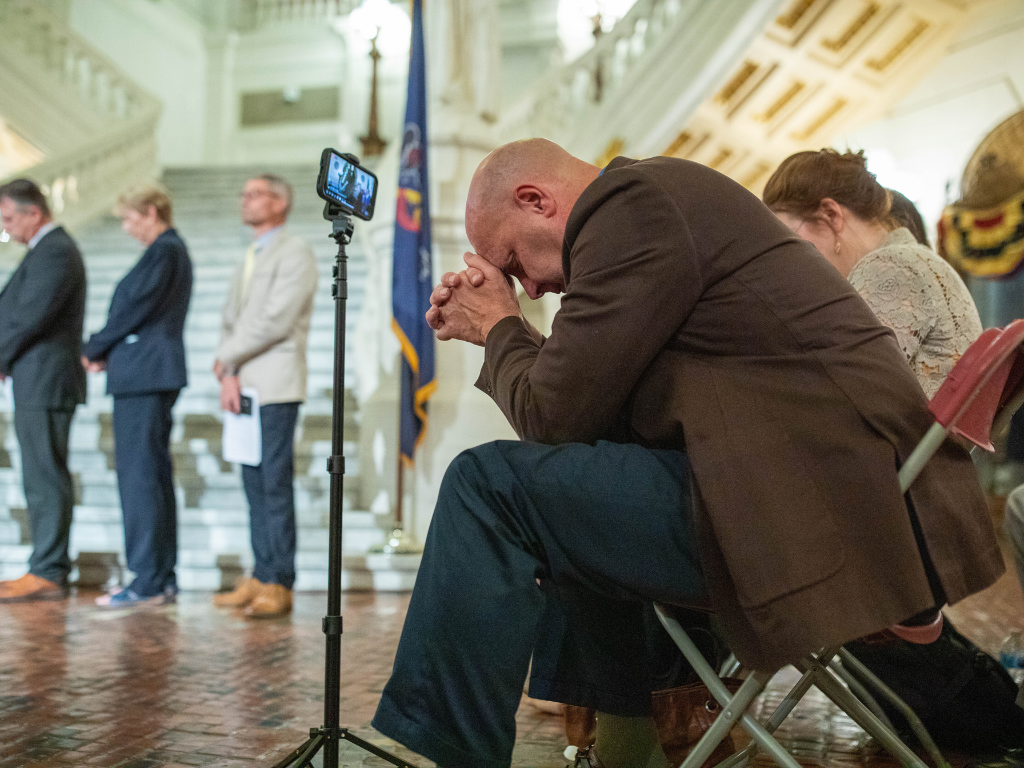 During his speech, Senator Mastriano compared the persecution of William Penn to the supposed persecution Christians are facing in America today. Mastriano said that William Penn was “mocked in the media, ridiculed, castigated as we’re seeing today…the media thinks it’s ok to attack Christians for their faith.  And to mock us, castigate us, call us names, giving us adjectives that are not fitting for people.” Last year, New Yorker journalist Eliza Griswold wrote an extensive expose and the ties between the Christian nationalism movement and his political career.

The event appears to have been assembled by Abby Abildness’ organization Healing Tree International, who promoted it through an Eventbrite page. Abildness is a key figure in Pennsylvania’s Christian nationalist movement with her role as the director of the Pennsylvania Prayer Caucus, a subsidiary of the Congressional Prayer Caucus Forum, and connections to other Christian organizations.

Abildness attended and spoke at rallies questioning the results of the 2020 election and was photographed hosting a prayer session with extremist legislators and members of the Jericho March in March 2021. She has been present at committee meetings and hearings that cast doubts on Pennsylvania’s elections or the effectiveness of COVID vaccines. According to Right Wing Watch, Abildness has been able to build influence with legislators by hosting prayer sessions with them.

Other prominent speakers at the event included State Representative Barb Gleim, who is responsible for introducing legislation targeting transgender students, and Commonwealth Court Judge Patricia McCullough. McCullough, who recently decided on a case to overturn Act 77, stood with legislators who petitioned the Commonwealth Court to overturn voting by mail. At the event, she cited Justice William Blackstone stating that “all law is based on the natural law and the natural law is based on the divine law of god and that any law that doesn’t comport with those laws is not a valid law.”