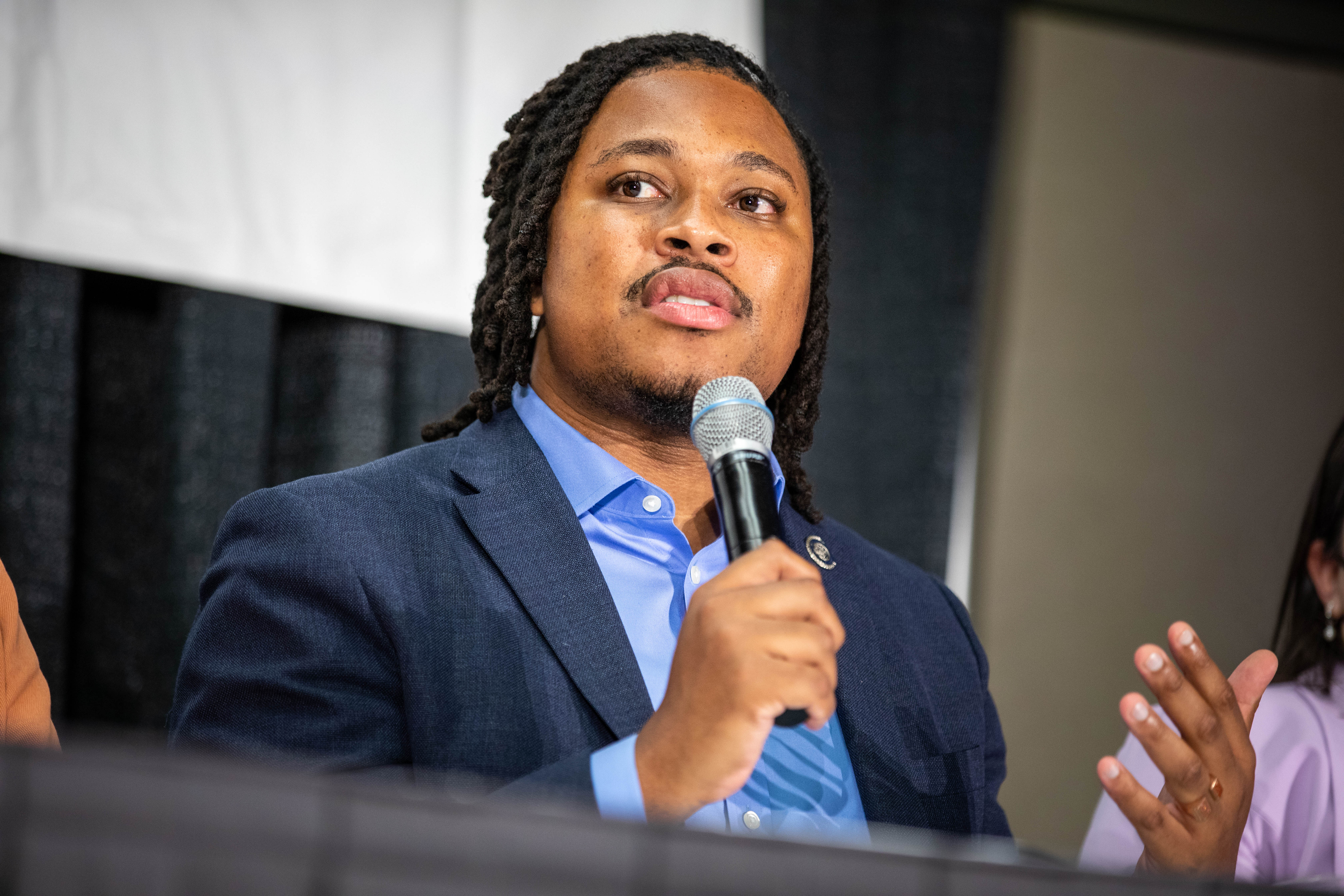 Pennsylvania House Representative Malcolm Kenyatta participated on a panel about the right wing’s ongoing attacks against democracy and how state legislatures should respond at Netroots Nation last month. During his remarks, Representative Kenyatta gave an insightful explanation on how Jeffrey Yass funds right-wing extremism in Pennsylvania.

A recent Propublica report showed that Yass avoided paying a billion dollars in taxes over the last 6 years becoming the richest billionaire in Pennsylvania. Yass is using his wealth to fund  extremists from legislative house and senate seats to state-wide judicial and row-office elections. Campaign finance reports show over $30 million of Yass’ money being funneled from Students First PAC through the Commonwealth Children’s Choice and Commonwealth Leaders Fund PACs since 2018, which are both controlled by former Commonwealth Foundation CEO Matt Brouillette.

Kenyatta called DeFoor an “election denier” and referenced a February 2021 House State Government Committee meeting where Kenyatta questioned DeFoor on the validity of the 2020 election.  DeFoor stated that his election was fair but “as far as anybody else’s election, that’s a conversation that you would have to have with them, but I haven’t heard any complaints with regards to my specific election.”

Kenyatta then explained how Pennsylvania Republicans tried inserting $30 million into the state budget to create an office for DeFoor to audit and cast doubt on elections, but Republicans packaged the legislation into a constitutional amendment after Governor Wolf threatened a veto.  Kenyatta followed up by asserting the Auditor General is “bought and paid for by the same people who are funding Doug Mastriano.”

Mastriano was criticized by Brouillette in a January 2022 Commonwealth Partners memo for not being able to win a general election or govern effectively. He was also criticized by his eventual running mate and Commonwealth Leaders Fund endorsed Lt Governor candidate Carrie Del Rosso for supporting Teddy Daniels, who had a protective order filed against him in the primary.

Mastriano received $25,000 from Yass’ network for reelection in 2020 and is the sole beneficiary from the Commonwealth Leaders Fund’s ongoing attacks against the Democratic nominee Josh Shapiro. The Leaders Fund is responsible for posting billboards around Pennsylvania linking President Joe Biden and Josh Shapiro to school closures, higher opioid deaths, inflation and union busting. The PAC has also spent over $9 million on TV ads attacking Shapiro this election.

PA Spotlight reporting is a free resource. If you value the information you receive from PA Spotlight, please consider chipping in $5 or more today. We can't do this critical work without you.