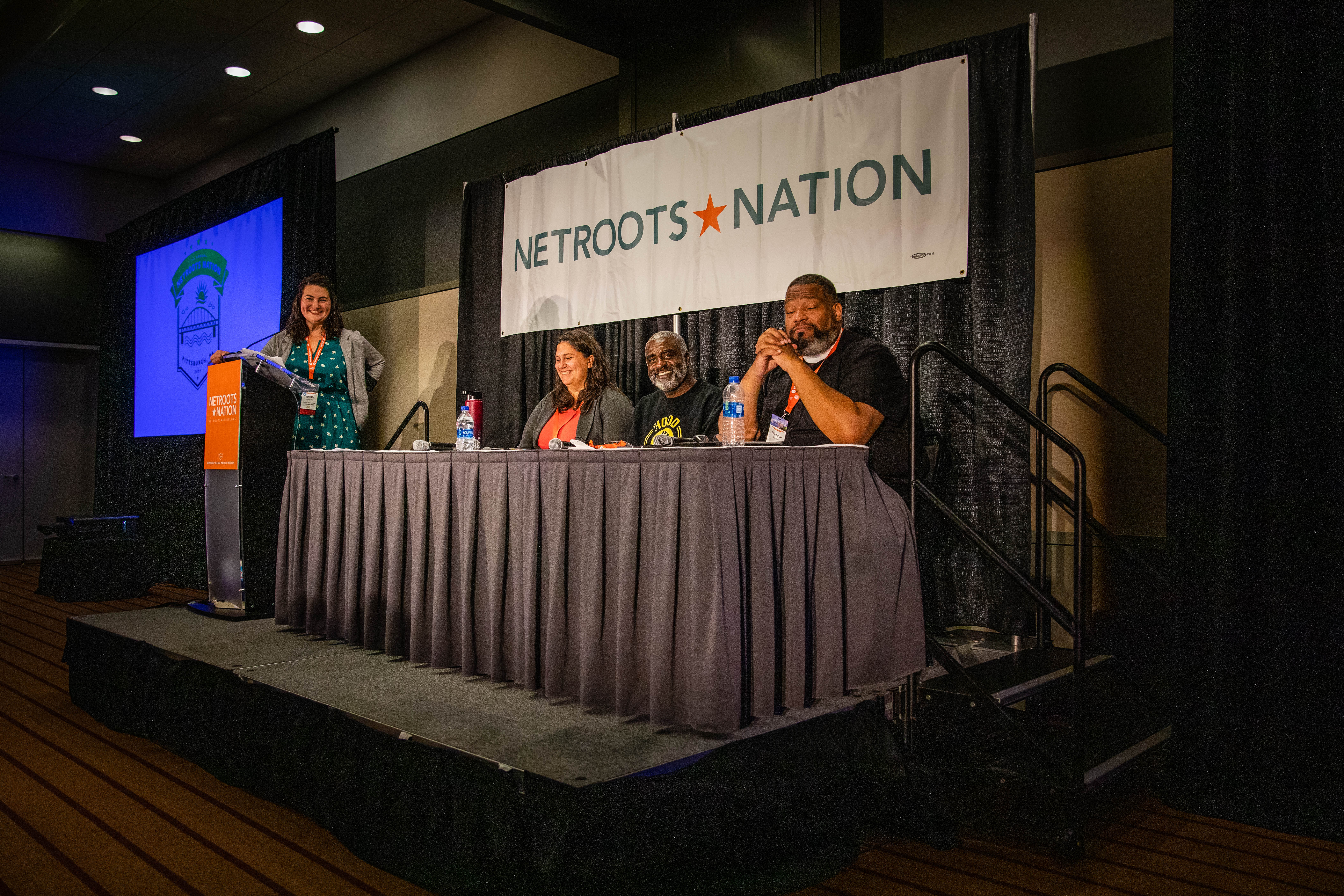 Last week, Pennsylvania organizers, Senator Bernie Sanders, and labor unions across the commonwealth took on corporate power and the billionaire class. These actions coincided with the progressive networking event Netroots hosting its annual conference in Pittsburgh.

The urgency behind this work was best summed up at a Netroots panel discussing a new coalition taking on corporate greed and individuals harming democracy. A panel including organizers from ACRE, 1Hood, POWER, the Center for Coalfield Justice, and Pennsylvania Working Families, announced the formation of PAYBAC. The coalition plans to educate their membership and the greater public about the damaging effects of unchecked influence from billionaires like Pennsylvania’s Jeffrey Yass and corporate actors polluting democracy.

Arielle Klagsburn kicked off the panel with an overview of Yass’ spending both in Pennsylvania and nationally. Yass’ profile has raised considerable after his support of organizations participating in the January 6 insurrection came to light. In addition, his growth in political spending has also brought new attention to his accounting practices. A recent ProPublica investigation uncovered how he has avoided paying over $1 billion in taxes.

“We keep talking about the Russian oligarchs, but we’re not talking about the American Oligarchs,” said Bishop Dwayne Royster from POWER. Bishop Royster noted POWER’s first campaign was organizing for better jobs at American Airlines. He went on to connect that work to their support of the PAYBAC coalition and the need to build statewide power. Veronica Coptis from the Center for Coalfield Justice talked about how this organizing breaks traditional right-left divides. She said the coalition allows her to connect the center’s rural base with new communities through this partnership.

Khari Mosley from 1Hood talked about the work in Philadelphia through the PAYBAC coalition that led to state Representative Isabella FitzGerald returning a donation from Yass. At the time, FitzGerald’s spokesperson said of the donation, “The funds were returned because Jeffrey Yass does not represent what Rep. Fitzgerald stands for.” Mosley also talked about the importance of the Allegheny County Executive race – a campaign Yass has already reportedly gotten involved in.

Outside the convention, Amazon labor leader Chris Smalls marched with organizers to UPMC, a long corporate target of activists in Pittsburgh. Smalls was asked to leave the steps of the building by security in the midst of the program. Representative Summer Lee gave a passionate speech to the gathered crowd on UPMC’s historically poor treatment of their workers.

Across the state in Philadelphia on Saturday, Senator Bernie Sanders joined AFA-CWA and Teamsters’ Presidents Sara Nelson and Sean O’Brien to rally labor union members. Senator Sanders said to an enthusiastic crowd, “The time is now to take on the oligarchy that is running this country. This is the richest country in the history of the world. It is not acceptable to me, to Sean, to Sara, to you, that working people are falling further and further behind while the billionaires get richer.”