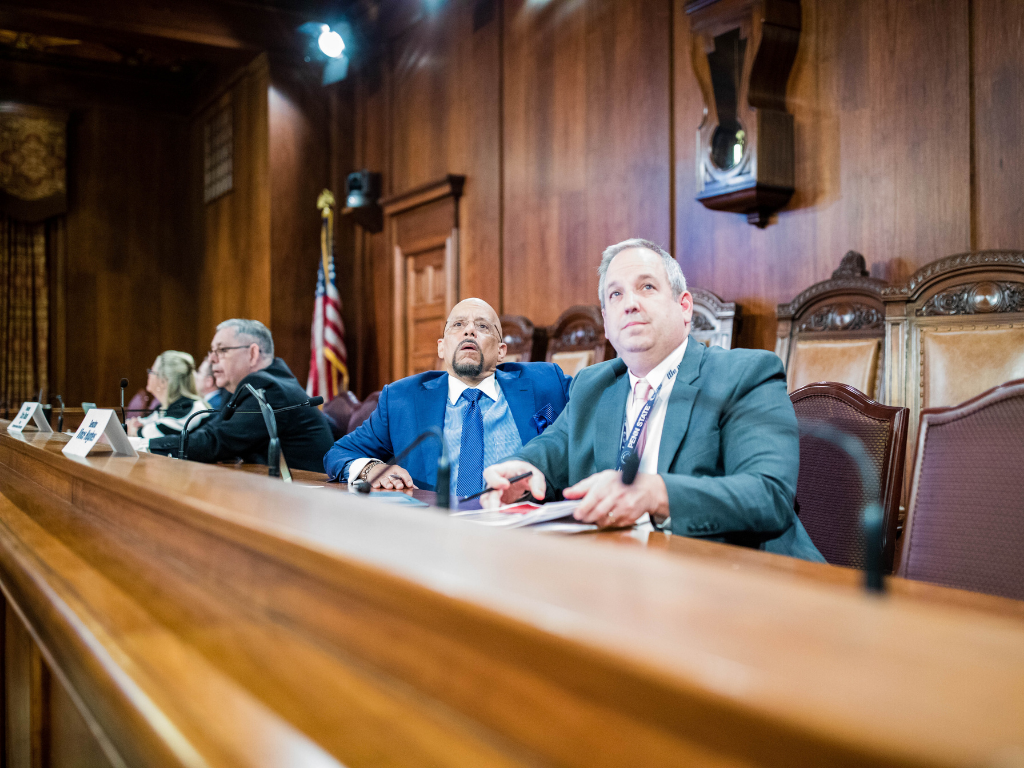 Pennsylvania Senate Democrats protested and walked out of a Senate Intergovernmental Committee meeting that Senate Republicans used to push conspiracies and undermine voting rights.  This was the committee’s first meeting since September and Democratic members were given little notice about the speakers or the evidence.

The committee meeting began with Senator Cris Dush refusing to swear in the committee’s first speaker, Joseph Vichot, at Senator Jay Costa’s request. Vichot, who is the Lehigh County Republican Party Chair, submitted a video from a Lehigh County dropbox to the committee and Senator Dush claimed that Envoy Sage, the firm Senate Republicans hired, confirmed the authenticity of the video.

As the video is playing before the committee, Senator Costa interrupts, calling the video a document created by the committee without opportunity for input by Democratic members, and leaves the meeting. Senator Hughes stayed through the end of Vichot’s statement to press Vichot on the video’s chain of custody.

Previously, Senate Democrats sitting on the committee cited emails obtained by Pennsylvania Spotlight showing how this committee’s investigation is a farce. Senator Hughes and others confronted Fulton County Commissioner Stuart Ulsh over emails he sent to committee members about overturning the results of the 2020 election in the days following President Biden’s electoral victory.