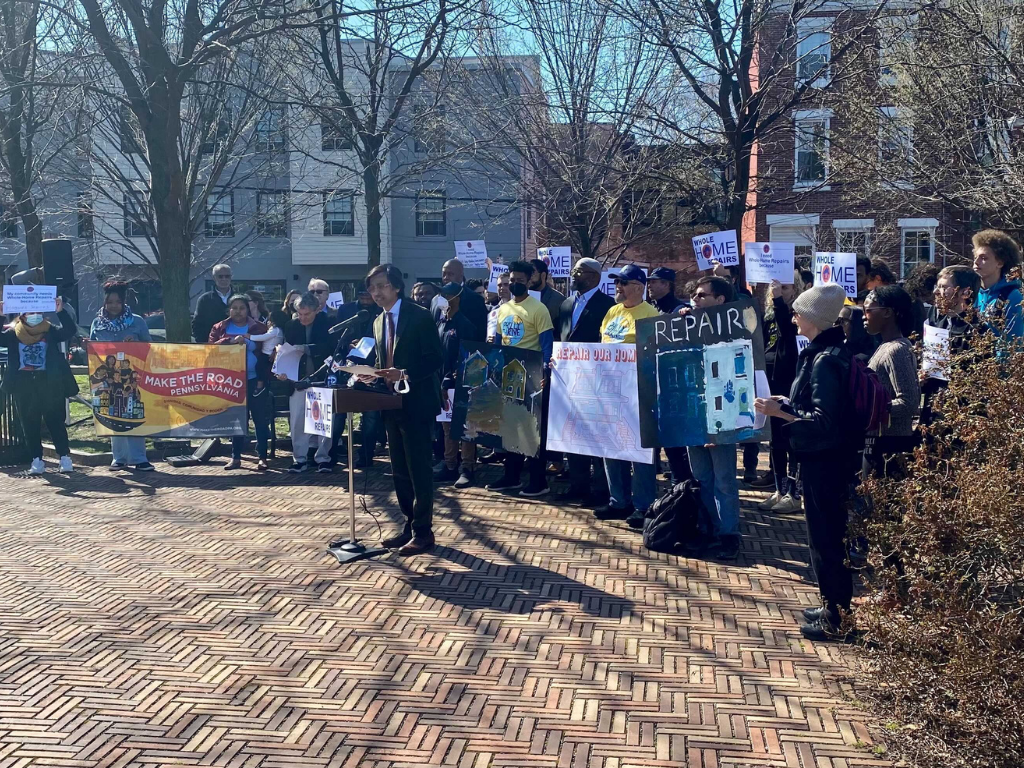 State Senator Nikil Saval launched a campaign for his Whole-Home Repairs Act Monday morning in South Philadelphia. The legislation is a rare moment of bipartisanship in a fiercely partisan environment. The act would provide money and support for home modernization programs.

Alongside Senator Saval stood activists from Make the Road PA, PA Stands Up, Philly Thrive and additional elected officials who stood in support of the bill. Philadelphia Congressman Dwight Evans called it a national model stating his colleagues in the capital would be watching, applauding the senator’s effort to find bipartisan compromise. The bill is the first of its kind in the nation.

In prepared remarks, Senator Saval said the link between the climate crisis and housing crisis is “inextricable.” His legislation would use money from the American Rescue Package signed into law by President Joe Biden to update programs geared towards tackling housing insecurity and the climate crisis. It would provide up to $50,000 in small loans to homeowners and small landlords to provide upkeep and weather modernization. These types of improvements often save owners money in utilities over time.

In addition, the bill would provide more money for connecting the community to these loans and ongoing investment in workforce development. Andy Diprestri, a worker from the Energy Coordinating Agency, shared his story about his experience with the agency and the learning development programs offered.

“It helped me make bridges, make connections, and just make my community a better place and a more safer place. Not only from me, but for everyone around me,” said Dipresti. He also stated that the workforce training he received was invaluable in his development from school.

Senator Saval committed to taking his campaign to every corner of the state noting the broad appeal of investing in homes and communities. Later this week, the senator has planned events in Berks, Lehigh Valley, and Harrisburg. Plans are in the works for a stop in Pittsburgh as well.