What’s At Stake In The Philly Commissioner Appointment 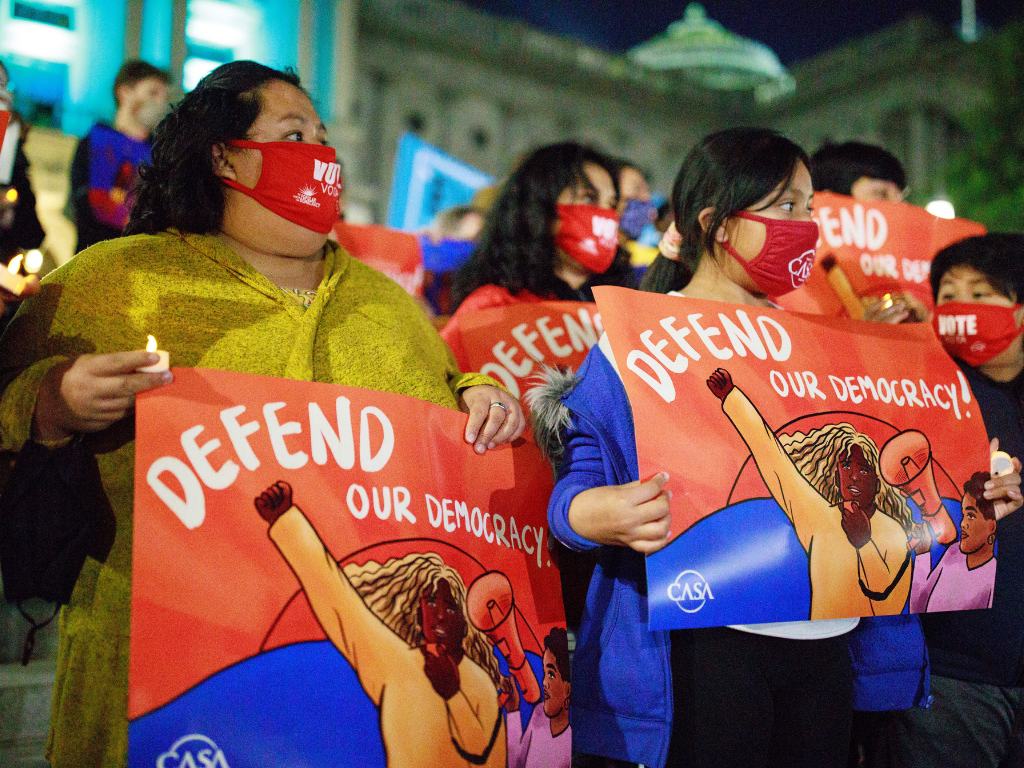 In November of 2020, it’s no exaggeration to say the fate of our democracy came down to the votes being counted in the Philadelphia Convention Center. Chants and music filled the streets at 12th and Arch outside the convention center led by a pro-democracy coalition including the Working Families Party, grassroots organizations, and activists from around the City. They held a round-the-clock dance party. Our resistance to the anti-democratic efforts of the Republican Party championed by Donald Trump was a joyful resistance.

As an election observer, I was there to ensure that every single vote in Philadelphia was counted and no Philadelphian was disenfranchised from their right to vote. Standing next to me were volunteers from Trump’s Republican Party, who were trained to deny the integrity of our city’s ballots; a city that is majority people of color.

What I saw that day will stick with me forever. For hours, Trump’s volunteers aggressively questioned voter signatures, polling locations, and dates on mail-in and provisional ballots, attempting at all costs to disenfranchise legitimate ballots cast by Philadelphians. Despite their best efforts, our voters were heard, and on November 7th after all the votes were counted fairly and with integrity, Joe Biden was declared the 46th President of the United States.

At the heart of this effort was the City Commissioners office, the three-member governing board of elected officials in Philadelphia charged with the administration of elections, voter registration, and ultimately the integrity of the vote count for the City of Philadelphia. It was announced earlier this year that the sole Republican on the board would resign his seat in the commissioner’s office after receiving threats that he compared to “psychological terrorism.”

With a coordinated campaign being launched by the Republicans across the country to dismantle voting rights for Black and Brown communities across the nation, it is critical that we do not reward the Republican Party with this seat. Voters will next be allowed to weigh in during the 2023 municipal elections.

Our democracy has never been more at risk as Republicans in our state legislature have advanced dozens of pieces of legislation to restrict voting access and discredit election results. Legislation includes eliminating the no-excuse absentee mail-in voting, introducing voter identification requirements, and threatening the elections of the Pennsylvania Supreme Court. These anti-democratic efforts mirror a trend that we have seen across the country and in our City. The sole Republican Representative from Philadelphia, Martina White, even introduced legislation (HB 822) that would give the general assembly the ability to recall any municipal official elected in Philadelphia by petition signatures.

This is not even the worst of what’s happening in Harrisburg. After a misinformation campaign targeting the results of the 2020 election led by State Senator Doug Mastriano, who was present at the January 6th insurrection, Republicans attempted to subpoena the private records of millions of voters’ driver’s license numbers and partial Social Security numbers. As of this week, it still remains unclear whether or not the subpoena will continue, as the Commonwealth Court has decided to review attempts by Attorney General Josh Shapiro to block this violation of private voter information.

With so many aspects of our voting rights under attack, it is up to Philadelphia’s elected leaders and voters to protect our votes. We cannot continue to reward a party that has made disenfranchising our communities a core part of its platform. Unfortunately, Mayor Kenney has nominated a Republican for this seat. Philadelphia is a multi-party city. It is a clear political choice to have another Republican party candidate over a minority party and independent candidate.

The Working Families Party that elected community activist Kendra Brooks to City Council in 2019 has been committed to building an inclusive multi-racial democratic movement and played a pivotal role in driving early voting and election defense in the 2020 elections in Philadelphia.

In the coming weeks, the Philadelphia City Council will cast their vote on the Commissioner’s appointment. As we look towards the best way to ensure the integrity of the vote in Philadelphia, we can only be sure of one thing. Republican attacks on our City will continue and there is no guarantee someone like our previous Republican commissioner is elected in 2023.

It’s time for our elected officials to stand up for Philadelphia voters and vote no on the confirmation of a Republican for the City Commissioners Office.

Jarrett Smith is a labor and community activist who writes from Philadelphia about his experiences as an election observer in the 2020 election.