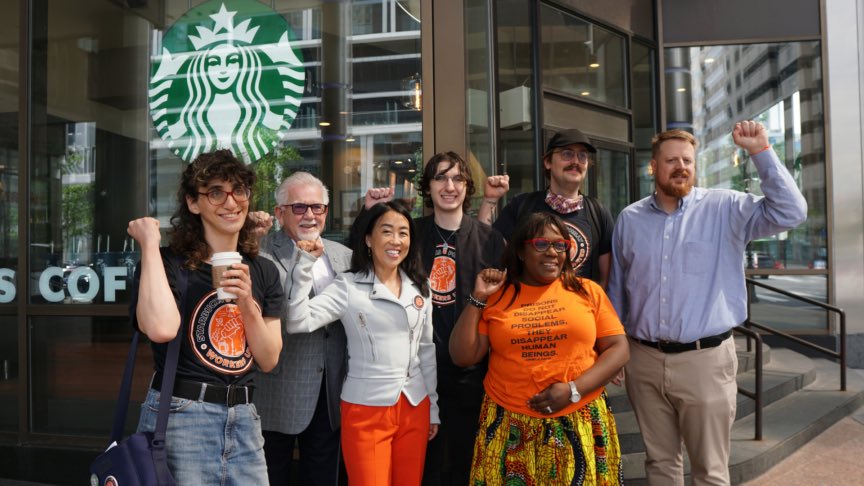 Today the Philadelphia Council AFL-CIO reflects upon and celebrates the lasting legacy of Dr. Martin Luther King Jr. His goals of achieving racial justice, economic justice, and social justice are ones that are as relevant today as they were nearly 55 years ago when Dr. King addressed sanitation workers from AFSCME Local 1733 who had spent two months on strike due to dangerous working conditions, malfunctioning equipment, pay equity, and violent strike breakers.

“You are doing many things here in this struggle. You are demanding that this city will respect the dignity of labor.”

The dignity of labor and realizing racial, social, and economic justice are core principles of the Philadelphia Council AFL-CIO as well as the over 100 affiliate labor unions representing nearly 200,000 working people. All workers have and continue to perform their duties throughout the dangers and difficulties of the COVID-19 pandemic. This has been a time of great difficulty and great loss, but as Dr. King said, “We are confronted with the fierce urgency of now.”

The Council, our affiliate local unions and workers across Philadelphia and the country are harnessing this urgency and building a diverse labor movement unlike any that has been seen before. Currently, public polls show that unions and unionism are more popular than ever at the national level at 71% and workers are taking action. Right here in Philadelphia, museum workers at the world-famous Philadelphia Museum of Art recently negotiated their first contract after two years of negotiations and a 19-day strike. Workers at local coffee shops, at hospitals and metal salvage yards, at theaters and apartment buildings are joining together and forming unions.

The paths to victory for working people are dependent upon each other. The Philadelphia Council AFL-CIO remains committed to working towards the goals that Dr. King shared. “The labor movement was the principal force that transformed misery and despair into hope and progress.”

The time is now, we must seize this opportunity and educate, agitate, and organize!