Before Lebanon County released their open letter to Governor Tom Wolf on the coronavirus shutdown in May, a series of emails initiated by Sen. Dave Arnold including Rep. Russ Diamond, Rep. Frank Ryan, and Arnold’s Chief of Staff Greg Moreland showed the lengths they were willing to go to try to undermine safety precautions during the global health pandemic for their own political gain.

These officials sought to prevent any public dissent from WellSpan and Cornwell Manor, a hospital system and senior living center in Lebanon. Rep. Ryan led these efforts, saying he secured their silence on the letter although they could not publicly support the efforts behind the letter. 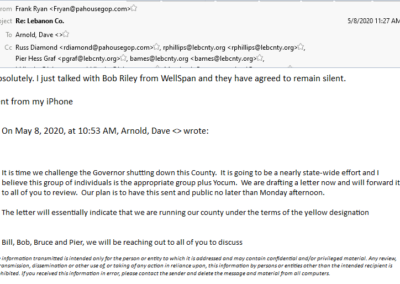 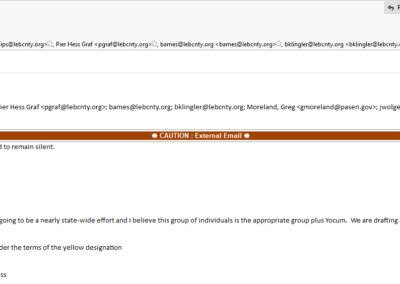 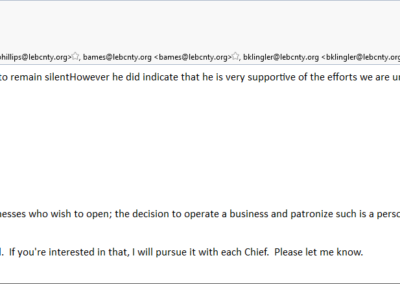 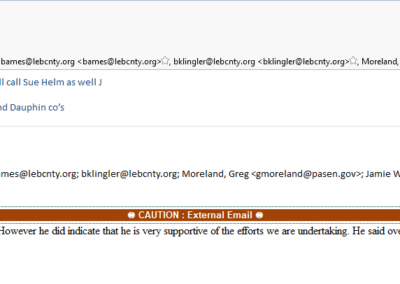 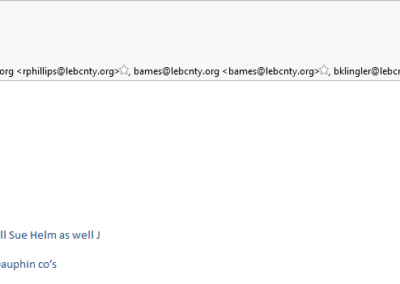